This morning I sadly said goodbye to the bush, and we began our journey to Victoria Falls on the border between Zambia and Zimbabwe for the final part of our trip.  The animals gave us a wonderful send-off. A lion was in our camp last night, and it sounded like he was right outside our tent. As we drove in our safari vehicle the two hours to the Sawatani airstrip, zebras, giraffes, elephants and impalas appeared along the way. There were even impalas in the runway. 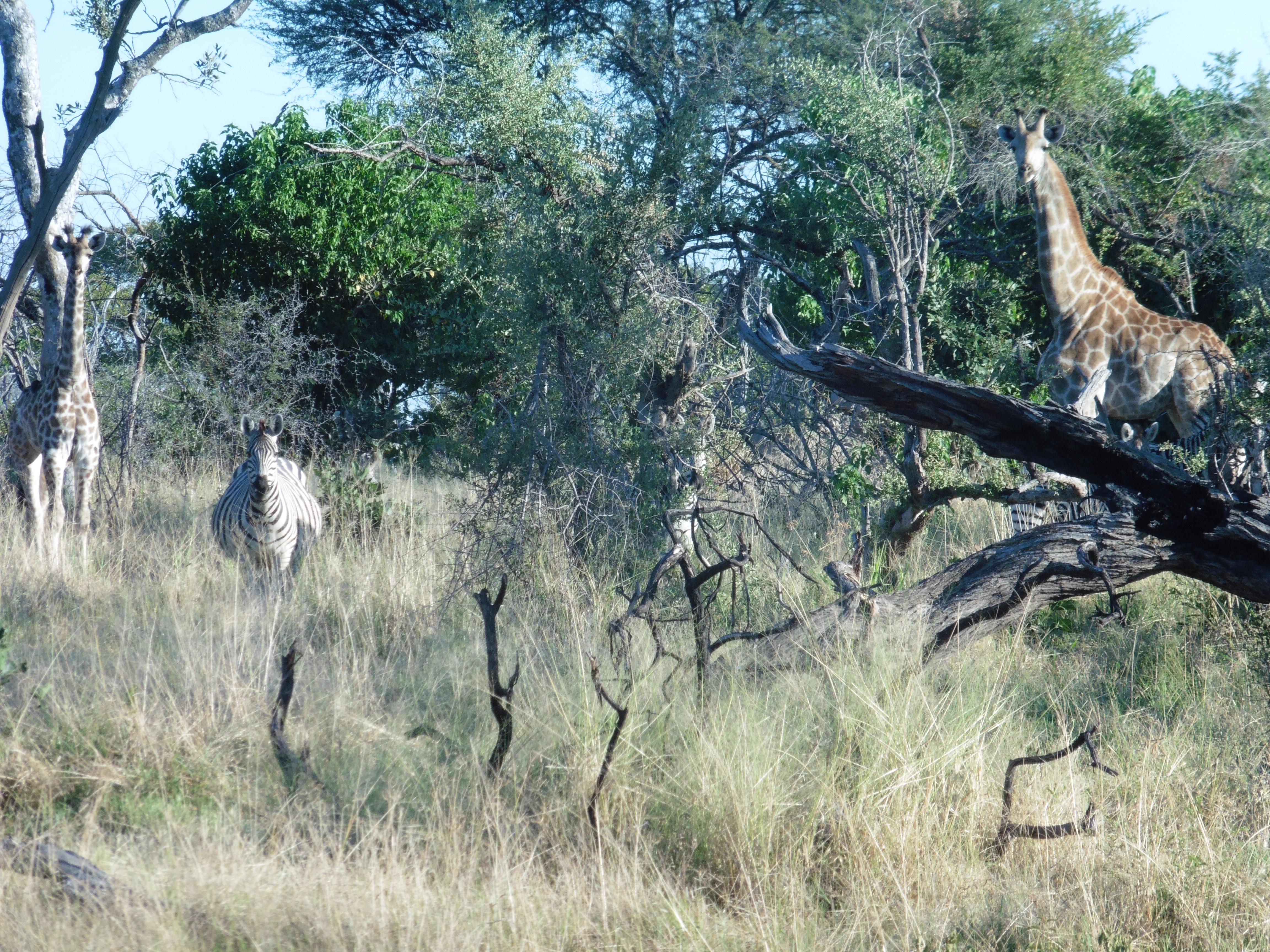 Before checking into Shearwater Explorers Village, our Victoria Falls home for the next two days, we stopped for a traditional African meal and entertainment. We had another chance to eat Mopane worms but decided to pass again. My favorite part of the meal was peanut butter rice. 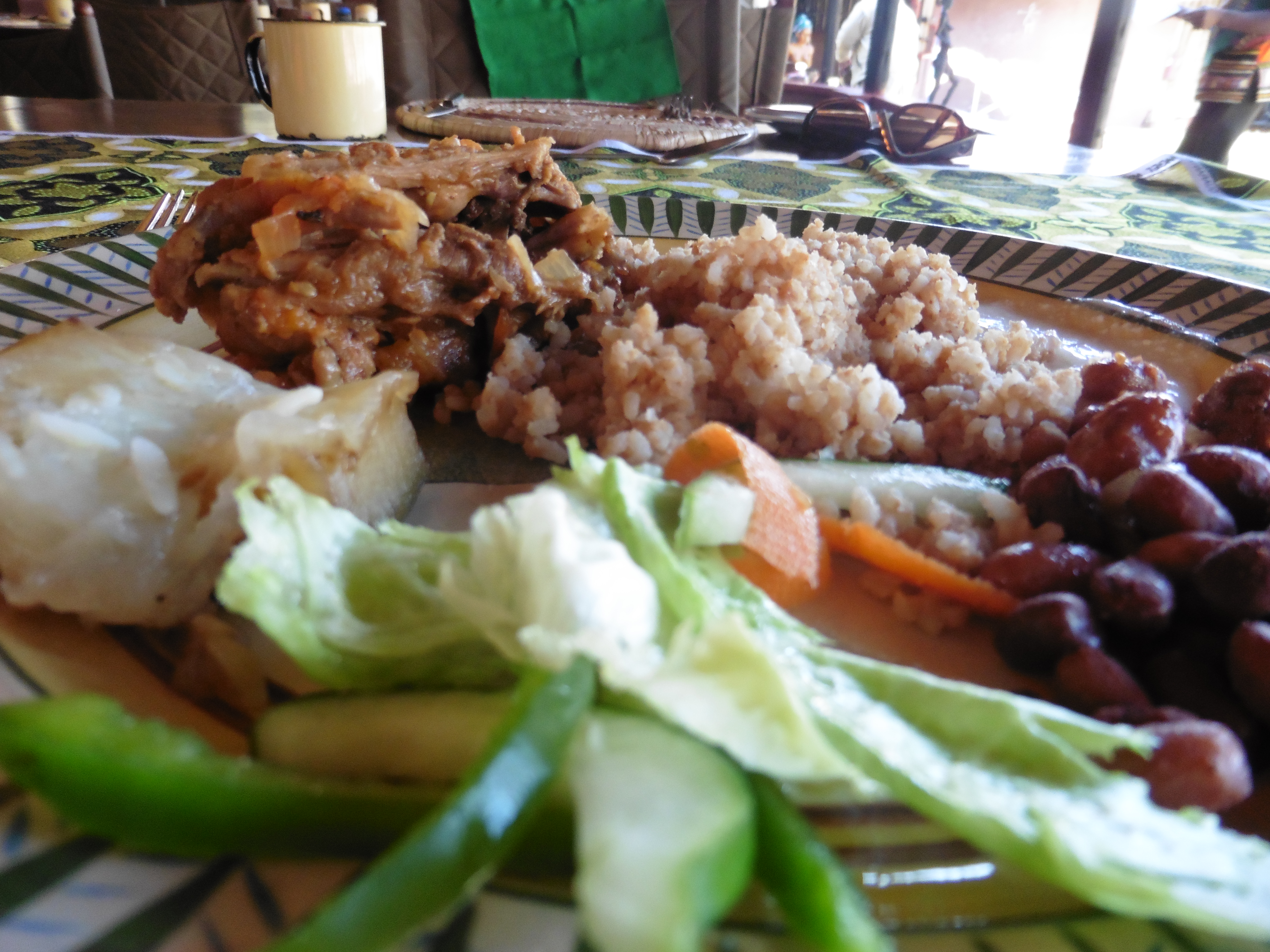 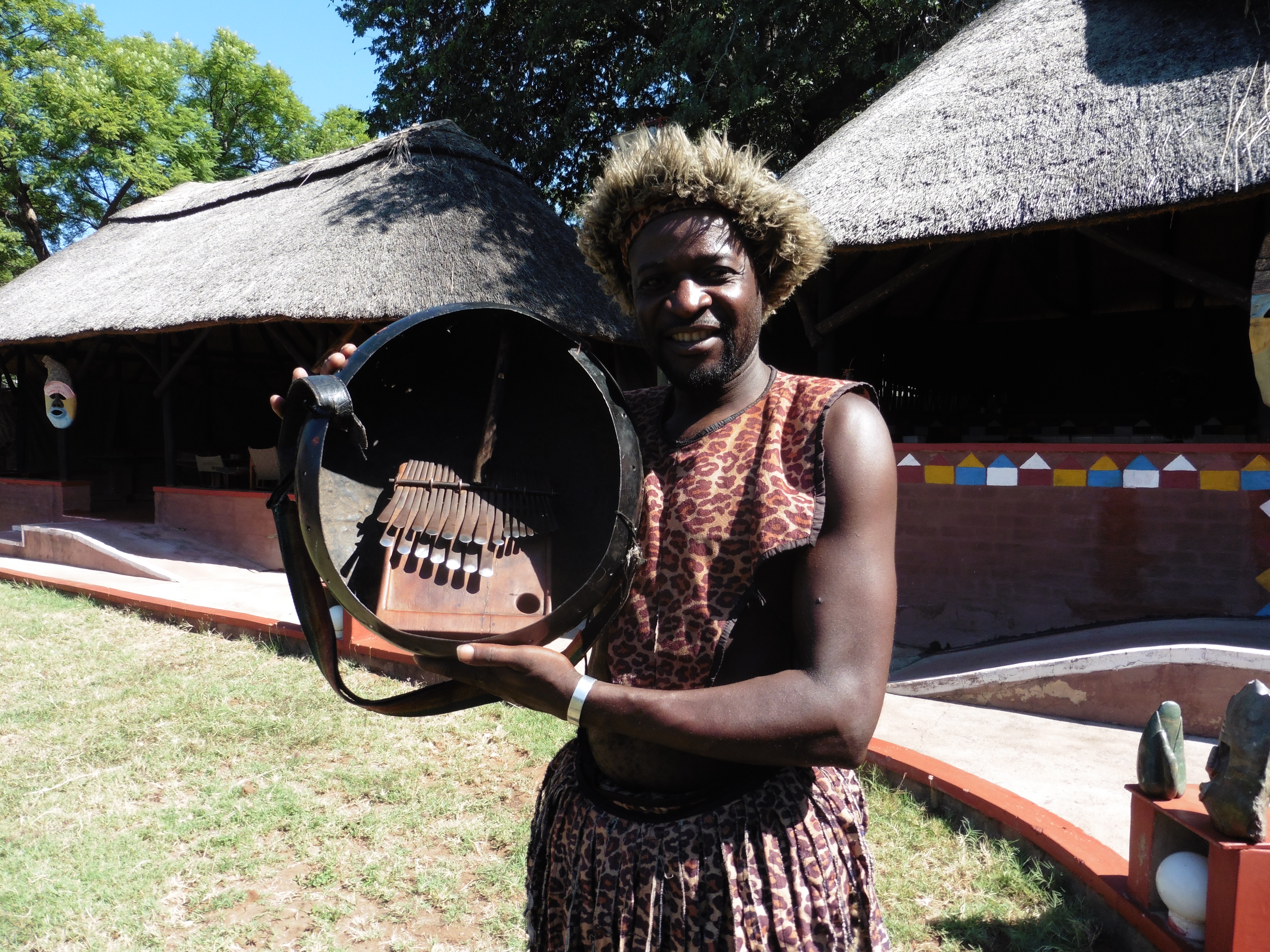 The highlight today was our visit to Victoria Falls, the largest waterfall in the world. David Livingstone named the falls after Queen Victoria, but the Kalolo-Lozi people called it Mosi-Oa-Tunya, the “Smoke that Thunders.” 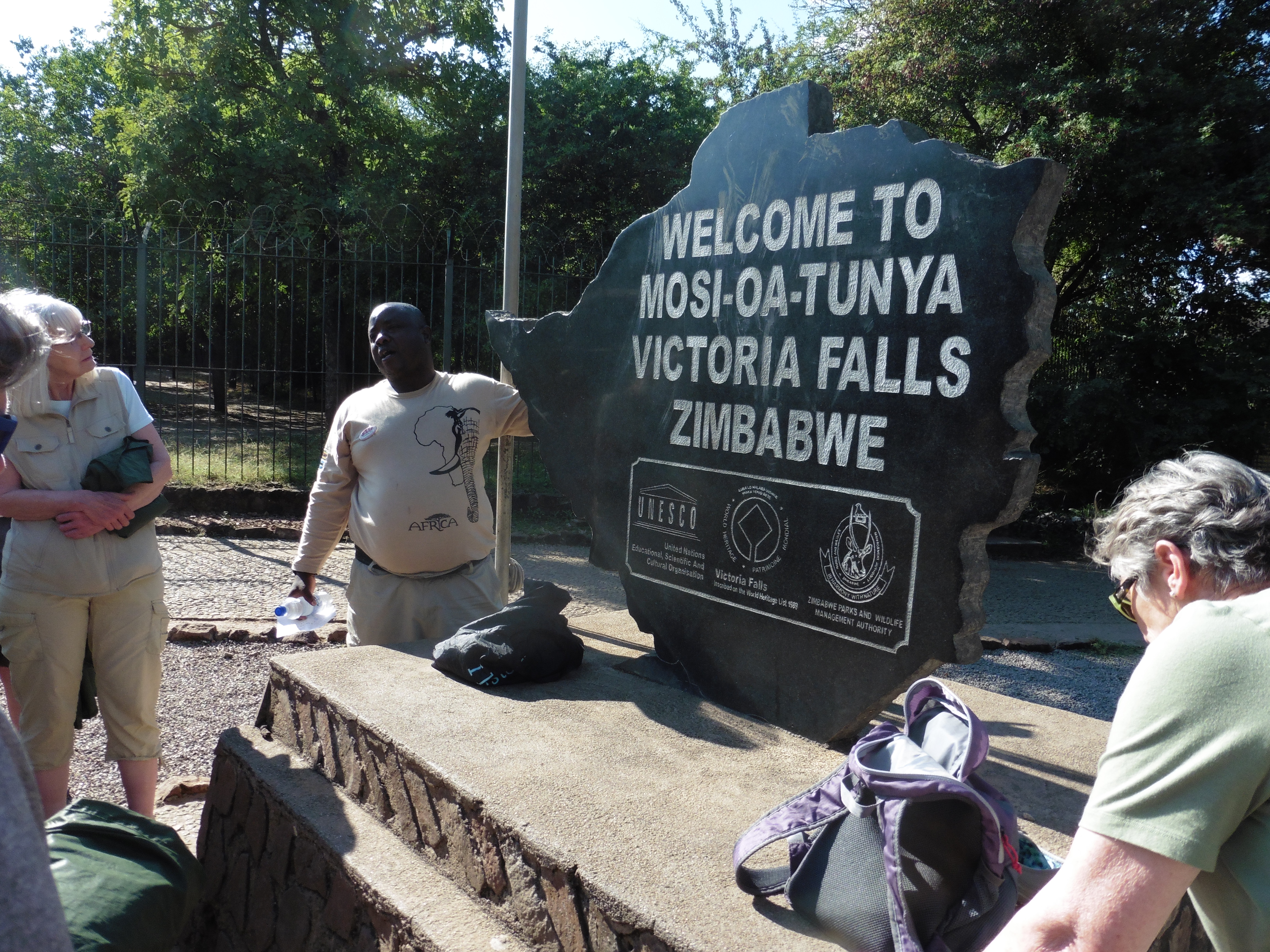 After being in safari vehicles for the past two weeks, it felt wonderful to walk the beautiful area. 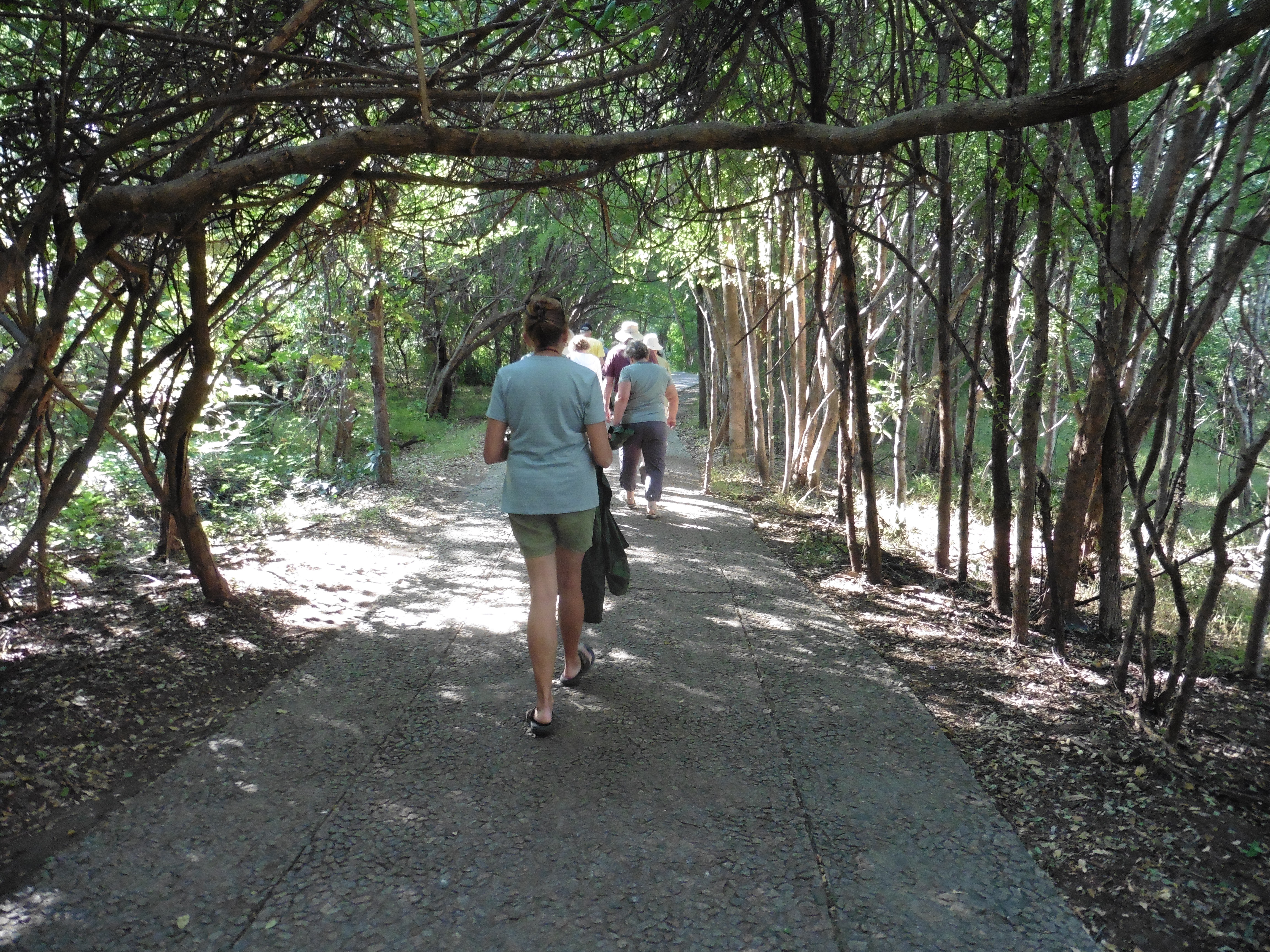 We were fortunate to see a beautiful rainbow over the falls. 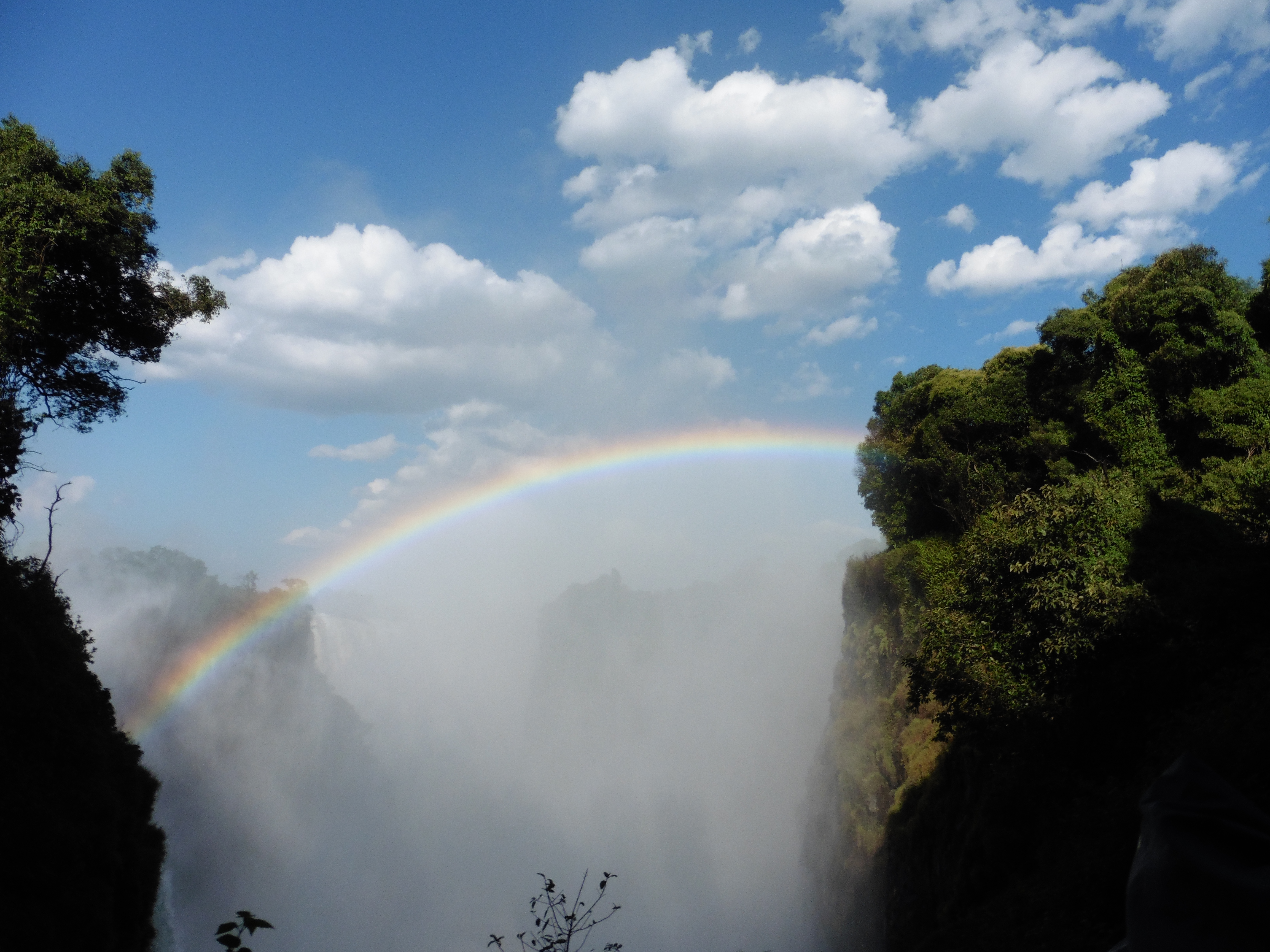 After viewing the beautiful Victoria Falls from the ground, we flew over it in a helicopter the following morning. 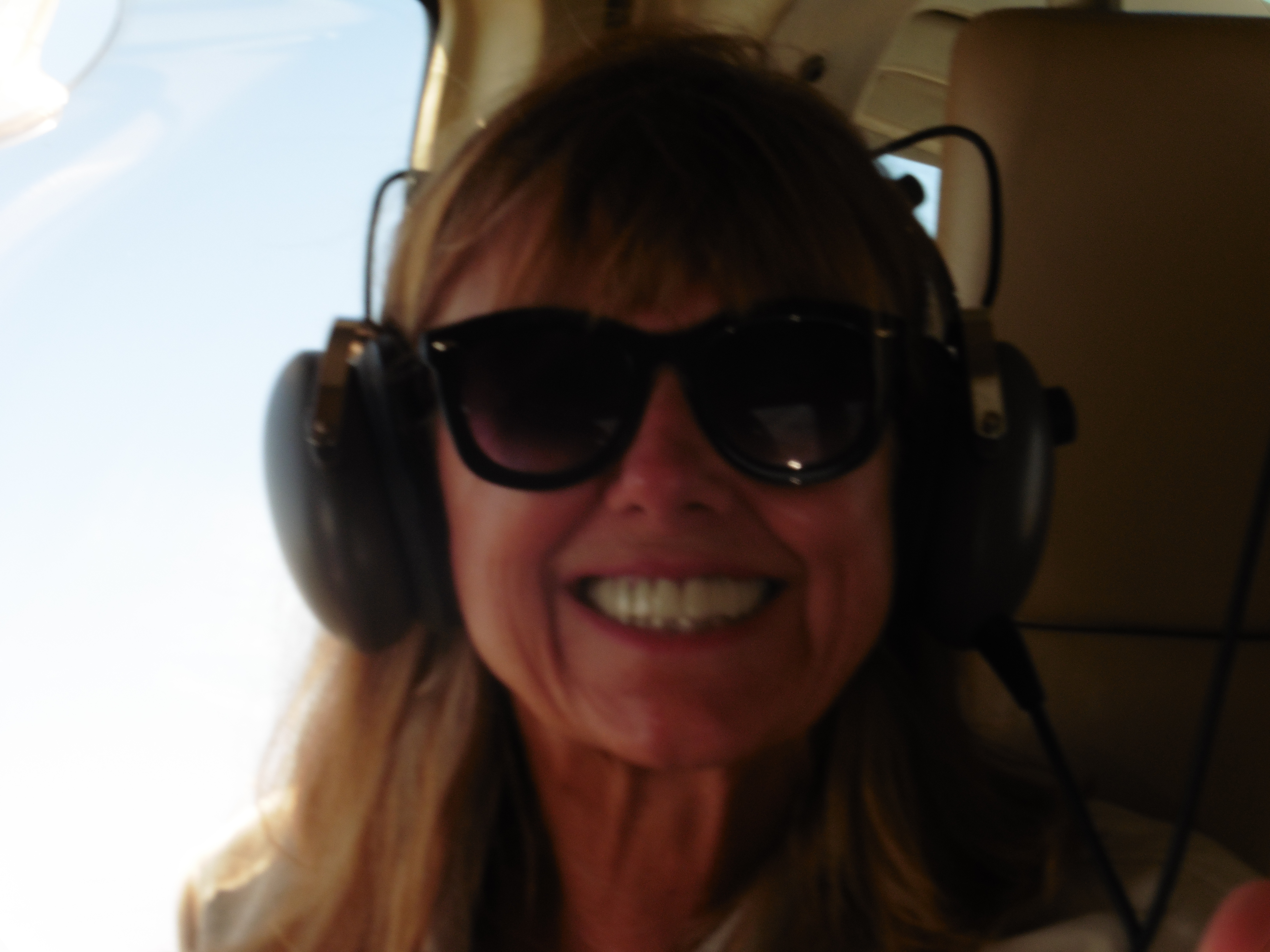 The day was clear and beautiful and the falls were truly stunning. 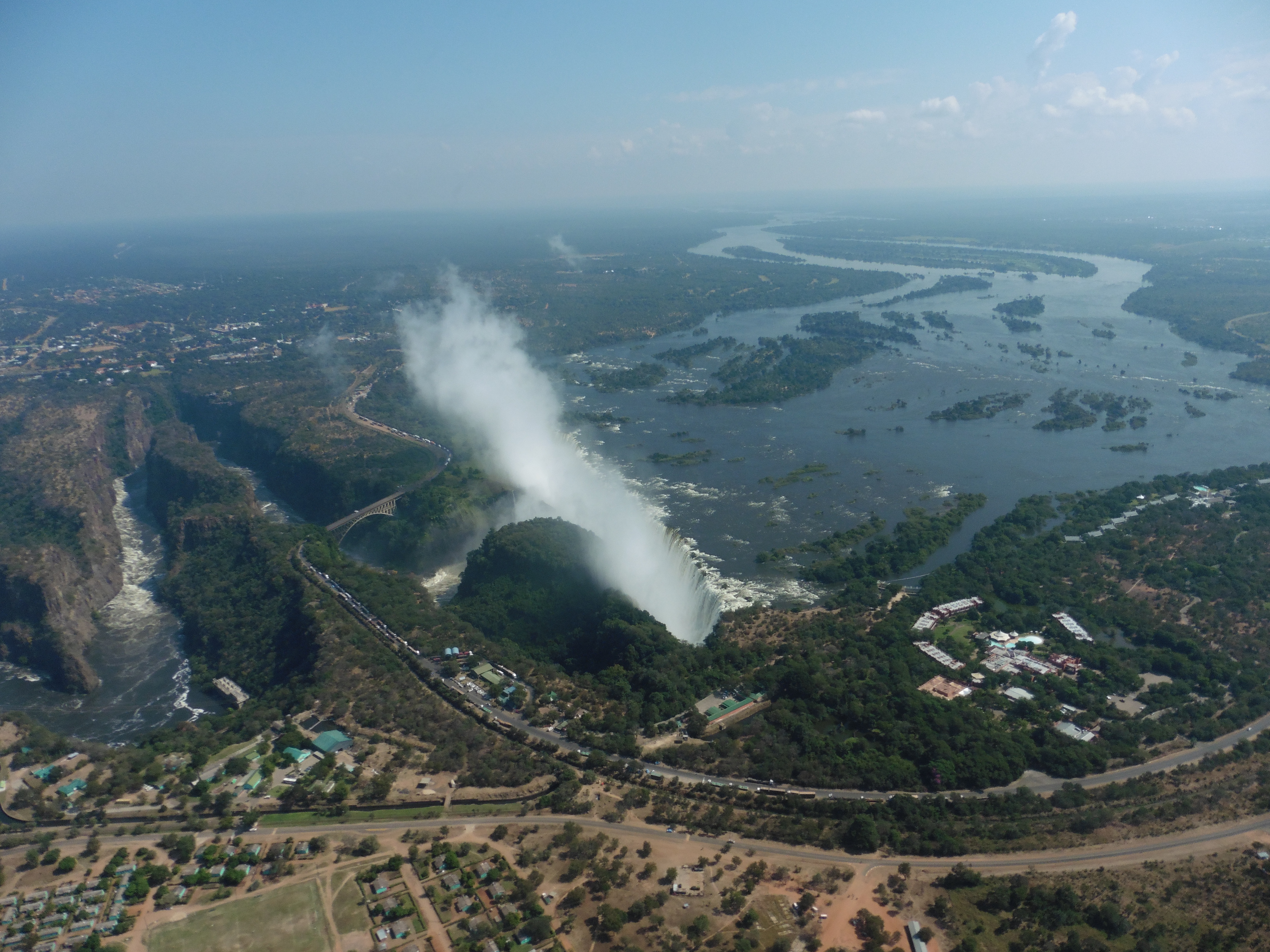 Later that day I got my first bartering experience at the market by our lodge. Although it felt a bit overwhelming, I think I did OK. I probably would have paid the same price with or without my items, but it was fun. It was also a great way to lighten my luggage and get some African souvenirs. Shoes and tee shirts seemed to be the most in-demand items. 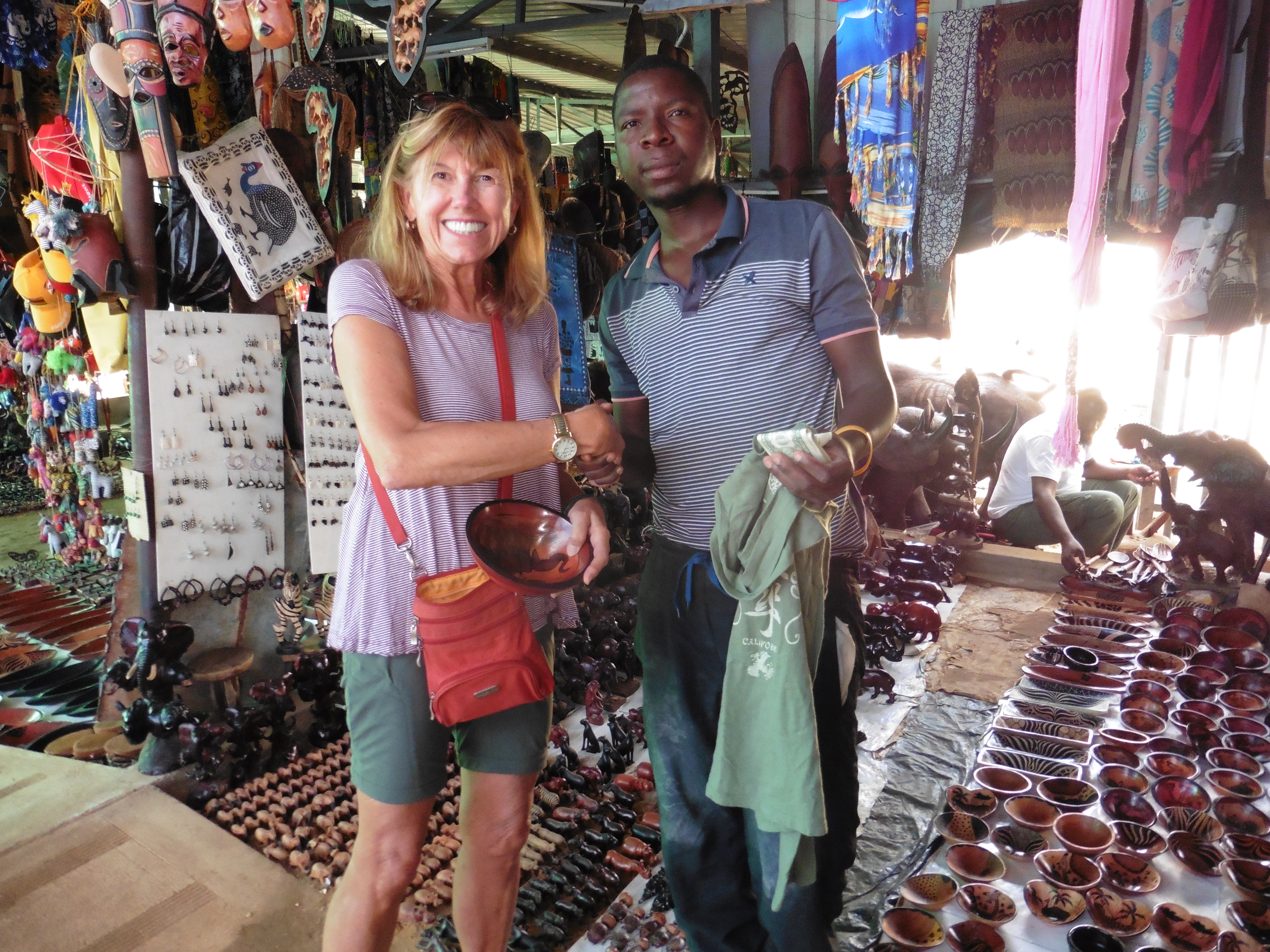 In the afternoon Phanuel brought his beautiful and very poised three children to meet us. They each introduced themselves and shook our hands. 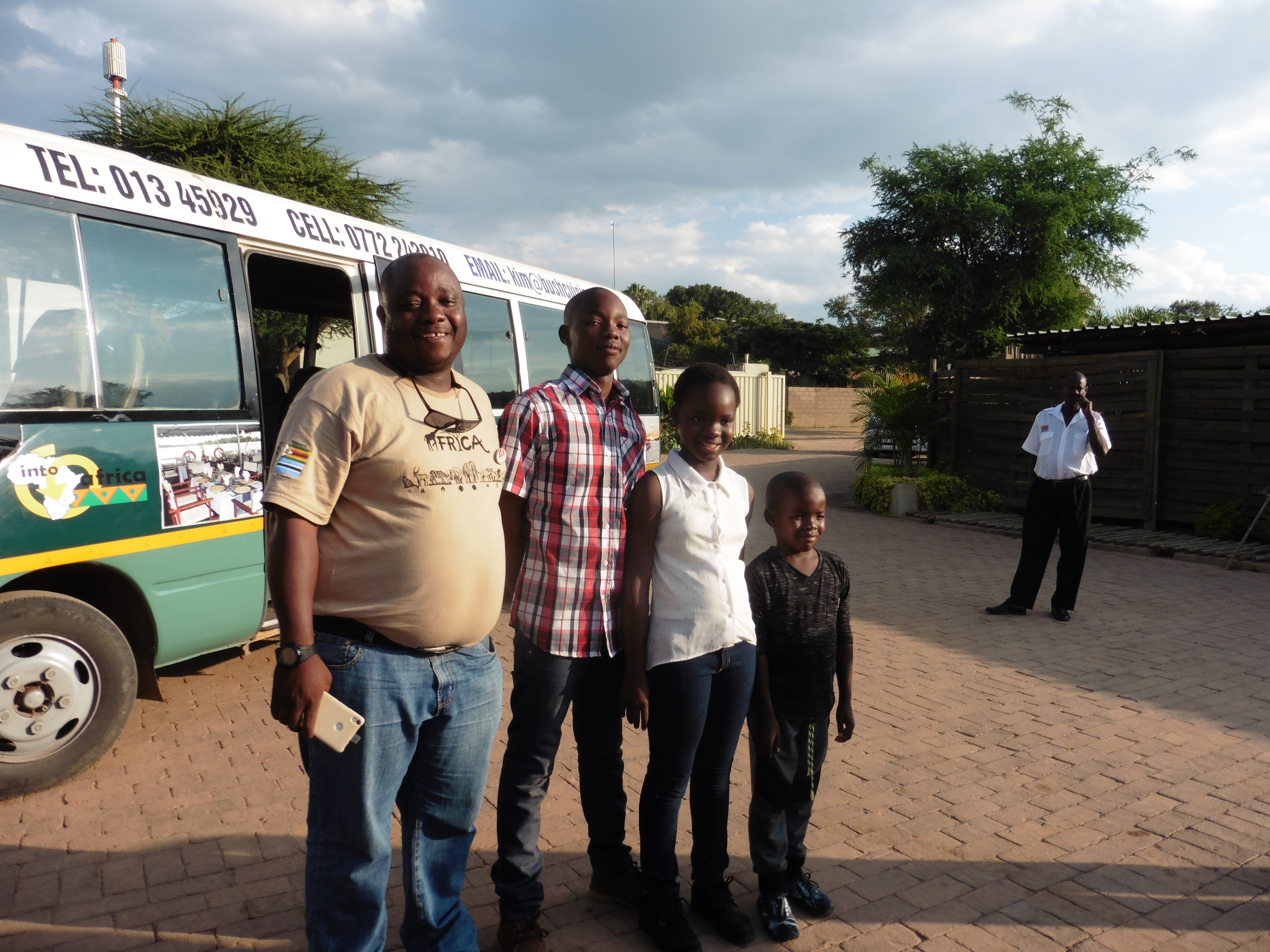 We ended the last full day of our trip with a dinner cruise on the Zambezi River. Yes, the same Zambezi River that flows over the cliffs at Victoria Falls. I was reassured that we never motored too close to the falls. 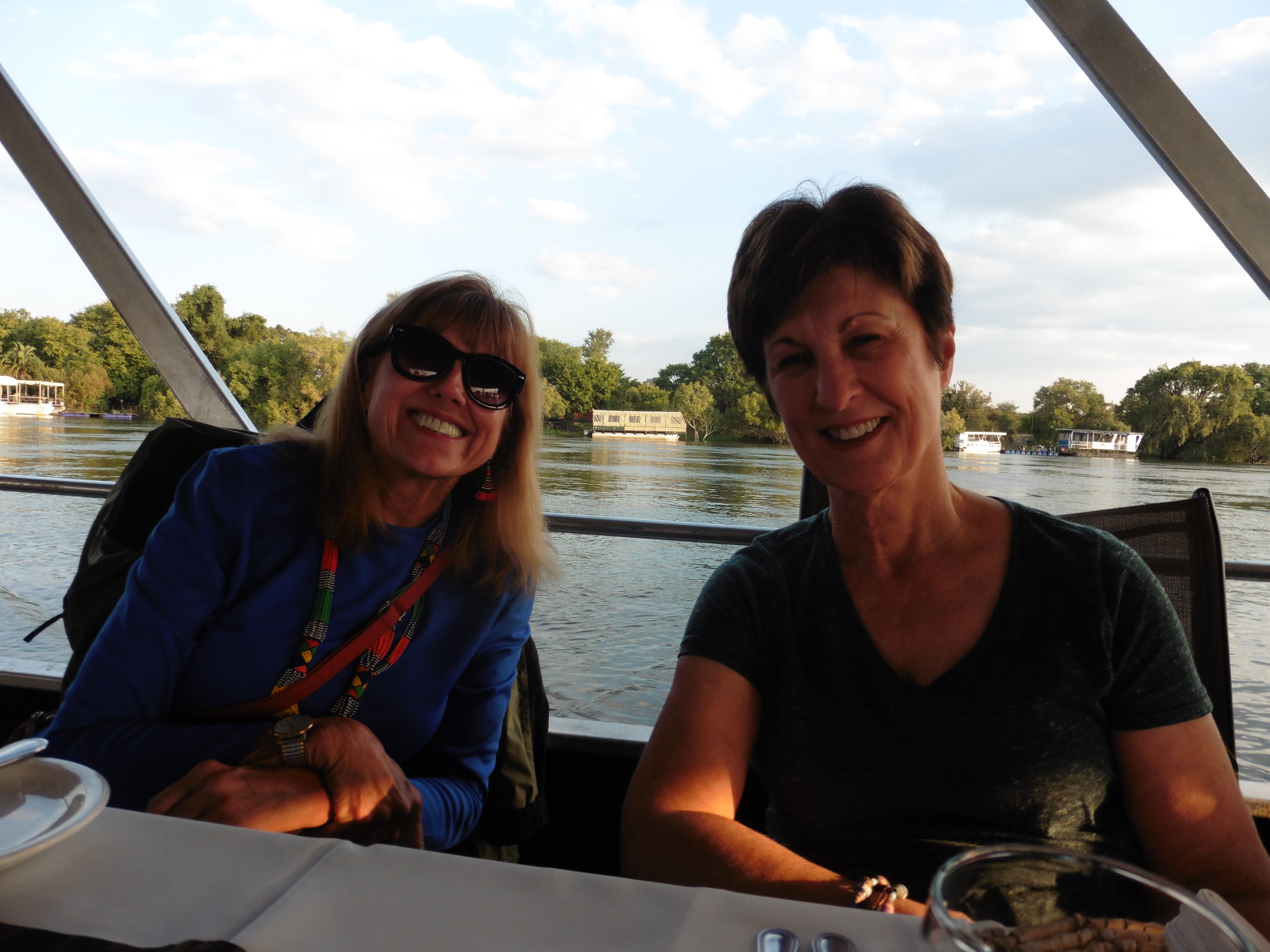 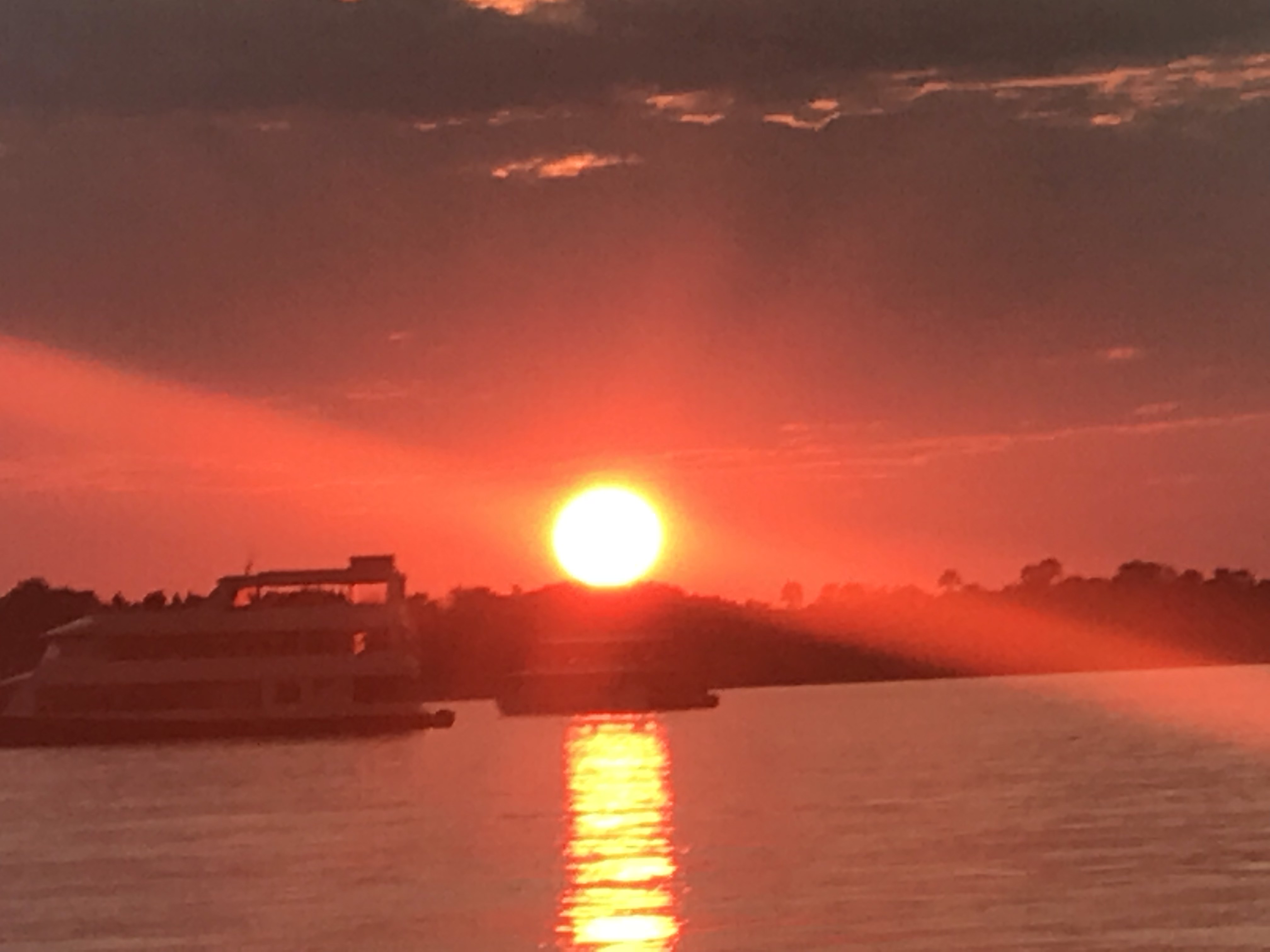 A local musical group entertained us after dinner. They sang a song that the miners would sing to give them courage as they went into the mine.

They introduced their next song by saying they were happy to share this song with others who had performed it. The song was their original version of The Lion Sleeps Tonight.

Driving back to the hotel, we saw a hippo and an elephant on the side of the road. We had seen many hippos in the water but never saw one on land until that night. 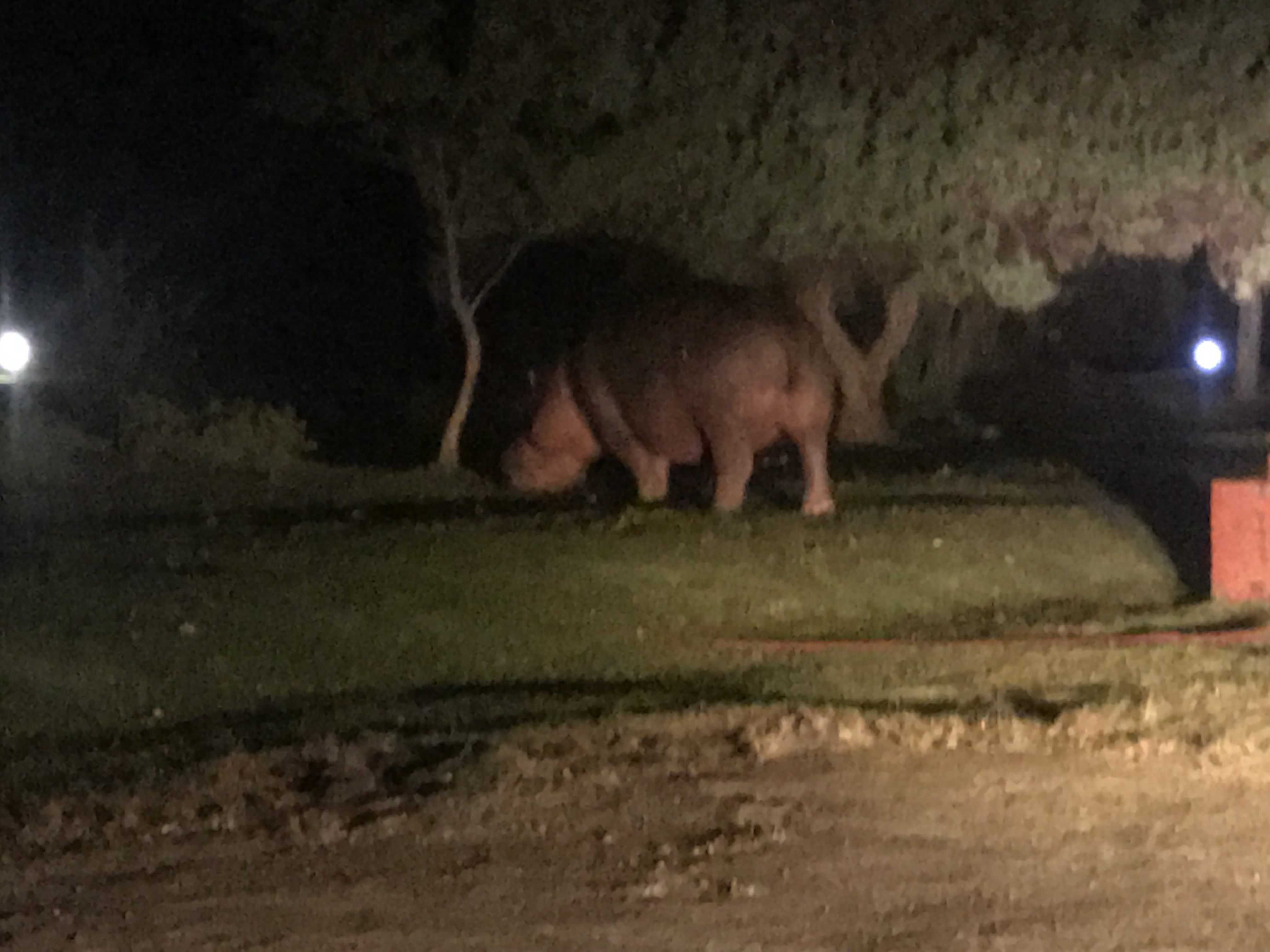 The next morning a fourth-generation Zimbabwean woman gave us a fascinating presentation on David Livingstone, Scottish missionary, explorer and anti-slavery crusader. Then it was off to the Victoria Falls Airport for the start of our twenty-five-plus-hour journey home.

At the airport Phanuel, our wonderful trip leader, relinquished his responsibility for our bags. At the start of our trip, he told us they were his babies and he would make sure they got safely from camp to camp. 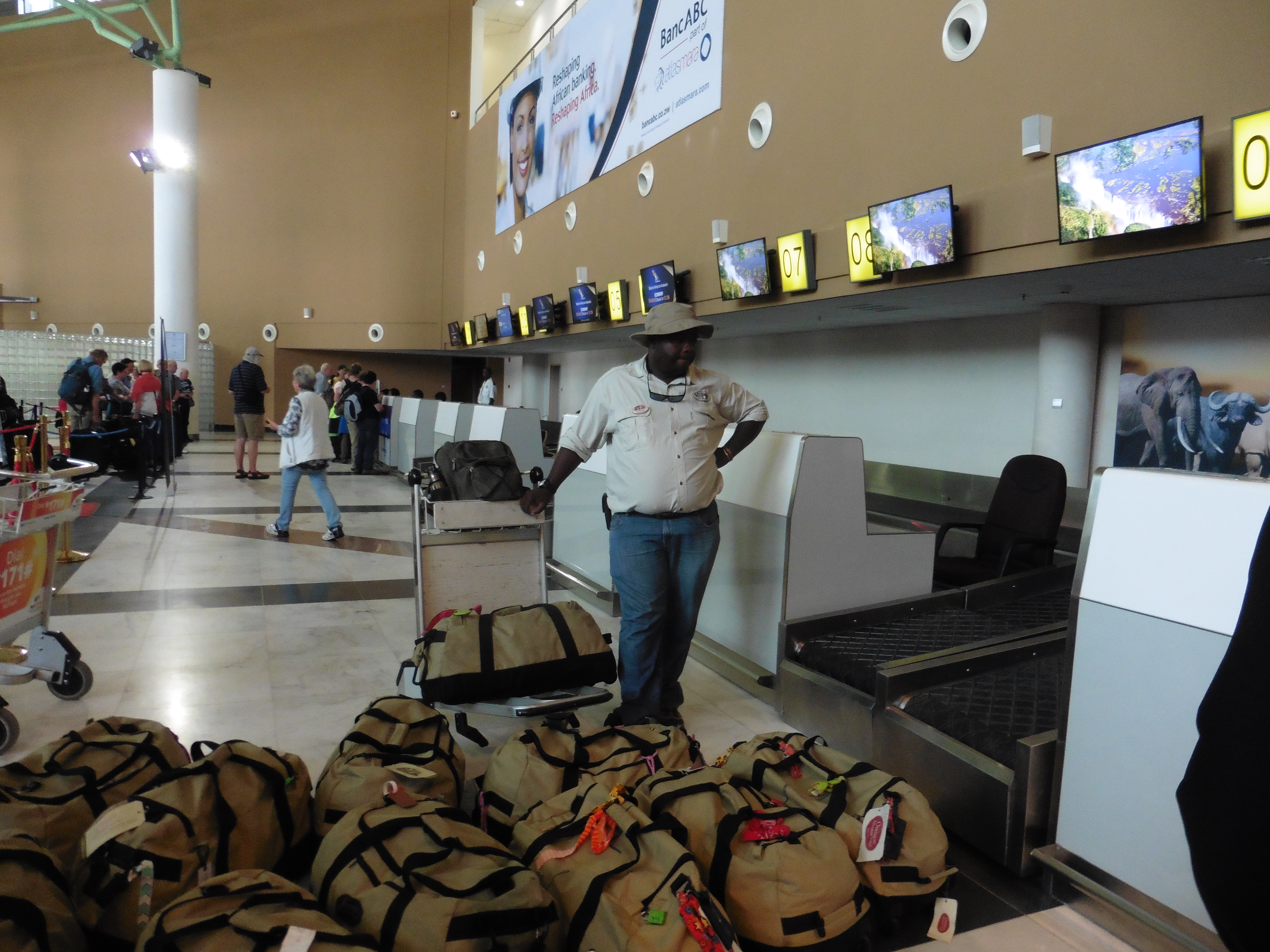 And suddenly it was time to say a sad good-bye to Phanuel. He was an amazing leader who made sure we all had the best possible experience. From his “ding, ding, ding” to get our attention for announcements to “wakey-wakey” calls to get us up in the morning to “ish” on the end of times for arrival (never departure, we always left on time), he created an environment that allowed us to experience the beauty and magic of southern Africa. His rich laugh delighted us and his willingness to share his traditional culture enriched our understanding.

I am so thankful for my African adventure-the people I met, the animals I saw, the land I explored, and the culture I experienced. Thank you, thank you, beautiful Africa.