Yoga in the sun room  of our charming little row house was a perfect start to our perfect day in Leiden, our last stop before going home. As we walked into the town center we noticed all the people enjoying the beautiful day on the canals. The Old Rhine and the New Rhine rivers meet in Leiden and after Amsterdam, Leiden has the most canals of any city in the Netherlands. 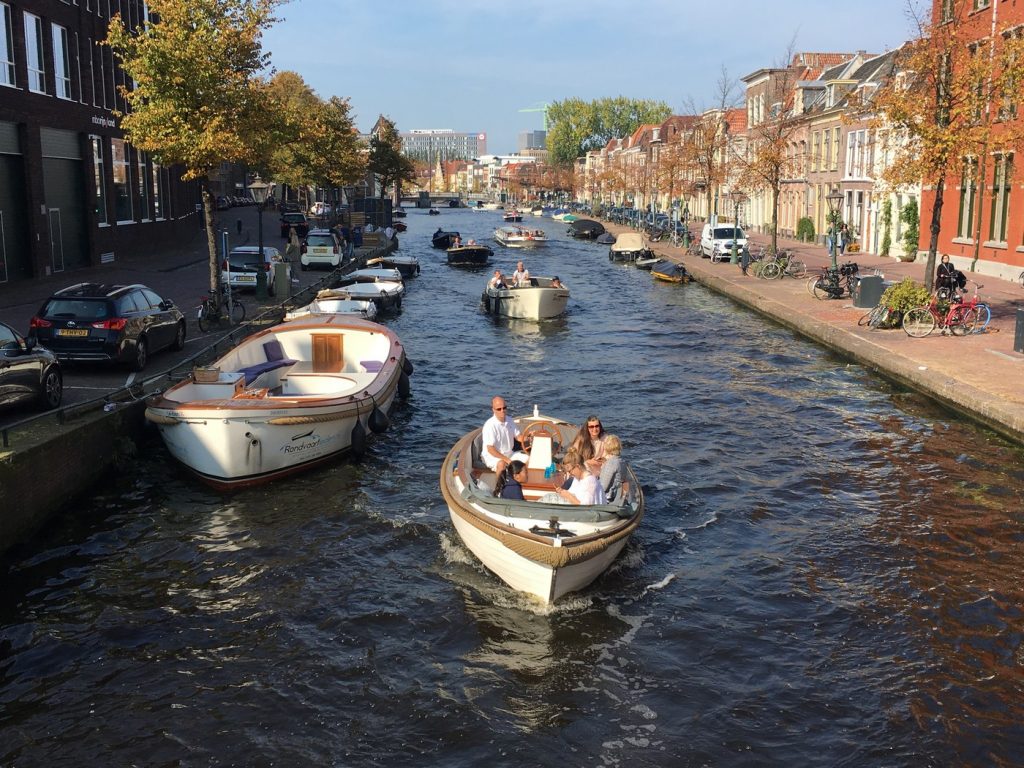 A tour boat ride on the canals gave us a different view of the city.  Operated by Rondvaart, the tour, narrated by a Leiden University student, lasted about an hour. Our guide conducted the tour in both Dutch and English, but as we were the only English-speaking people on the tour, I don’t think we got quite as much information.  There are a number of boat tour companies, and some of them may focus more on English, but we enjoyed our tour and our guide and learned a lot about Leiden. 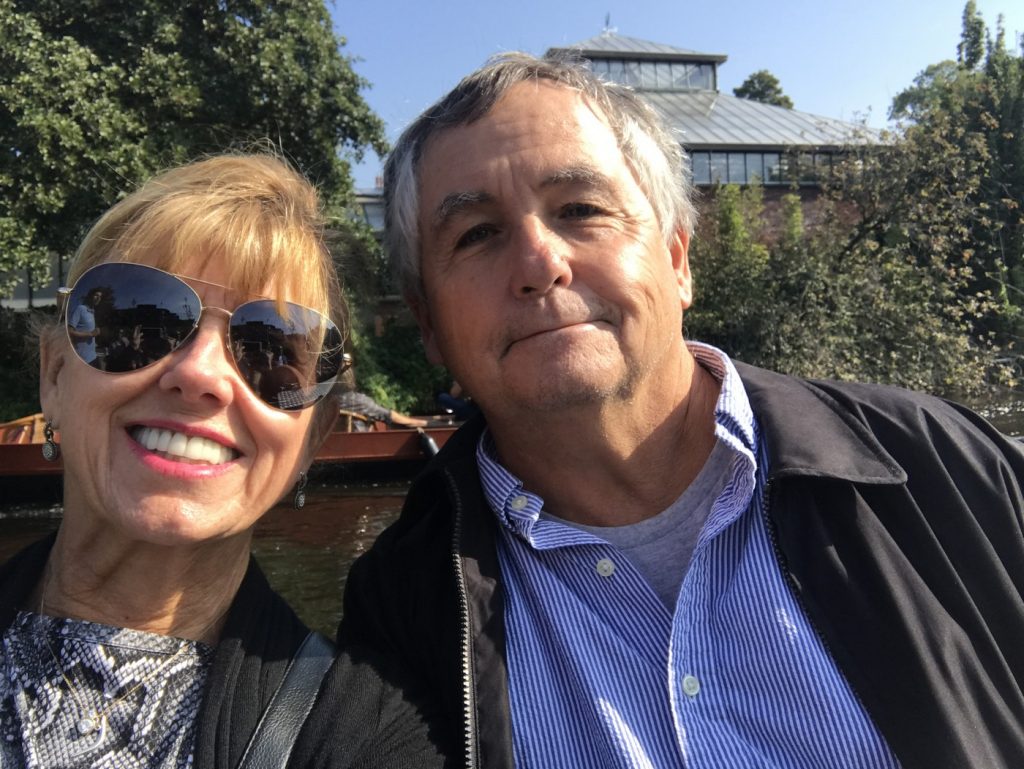 It was interesting to learn about Leiden history and architecture. 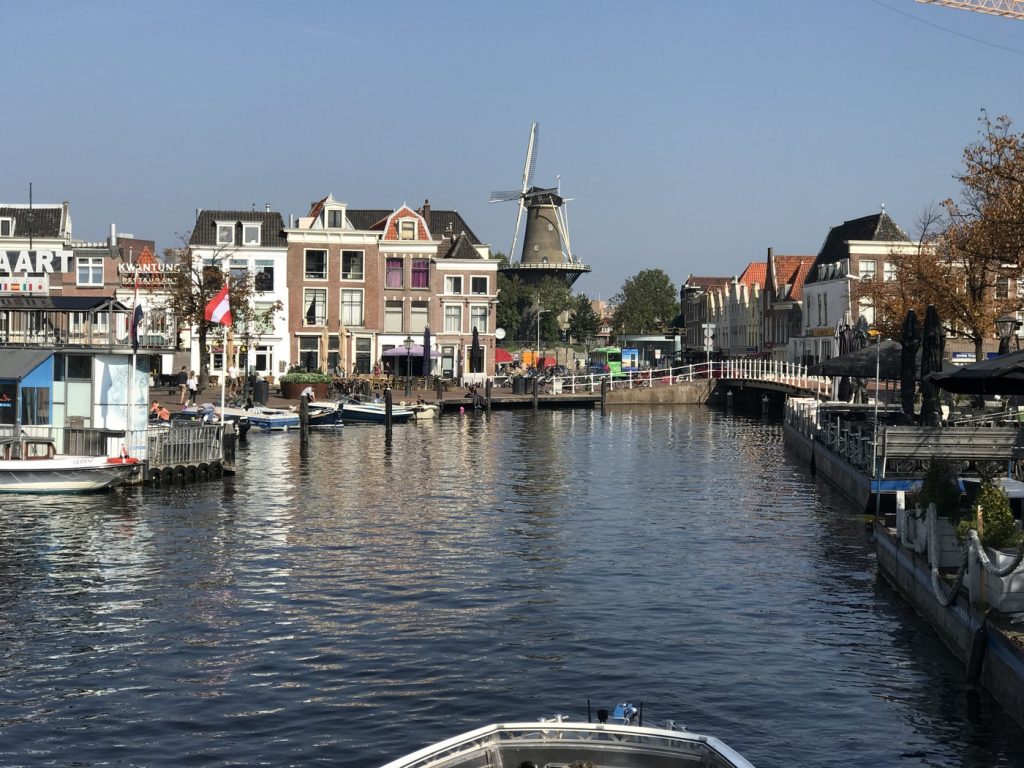 It was fun to learn some of the quirky things about the city.  As we passed the beautiful new library at Leiden University, our guide told us that the university had recently renamed the library “Leiden University Library” to better reflect their international focus. Unfortunately, no one anticipated that the name change would become a bit of joke because the acronym, LUL, is a Dutch word for penis. 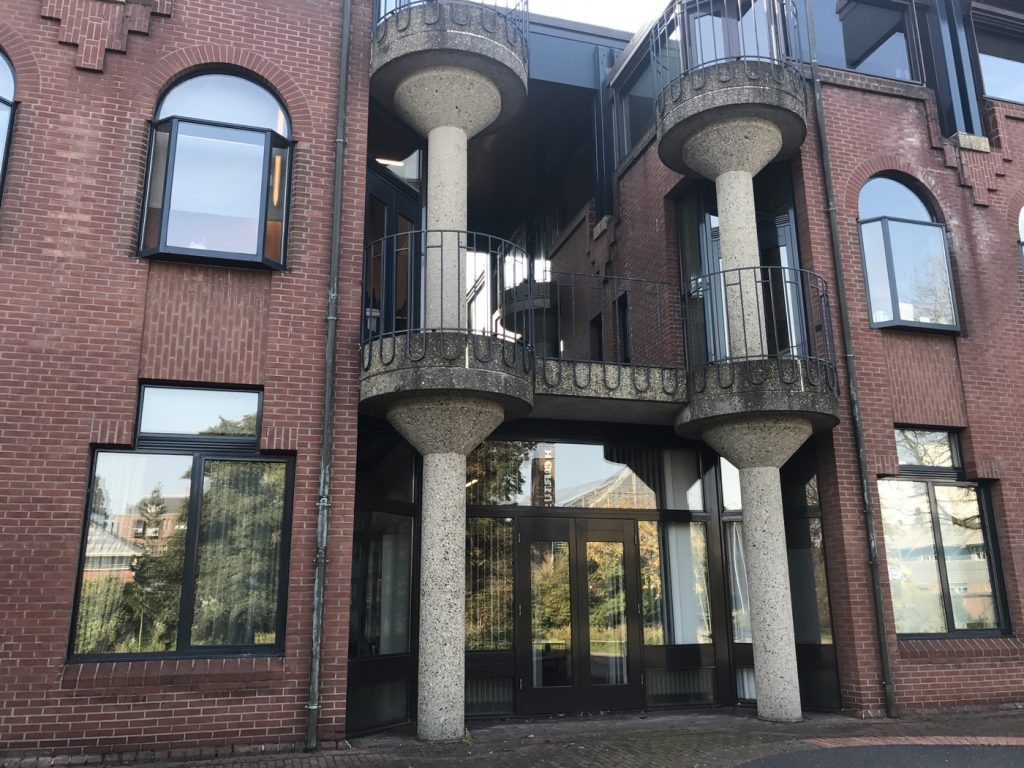 All over Leiden people were sitting outside, enjoying the beautiful day. We found an outside table at a little corner cafe for lunch. 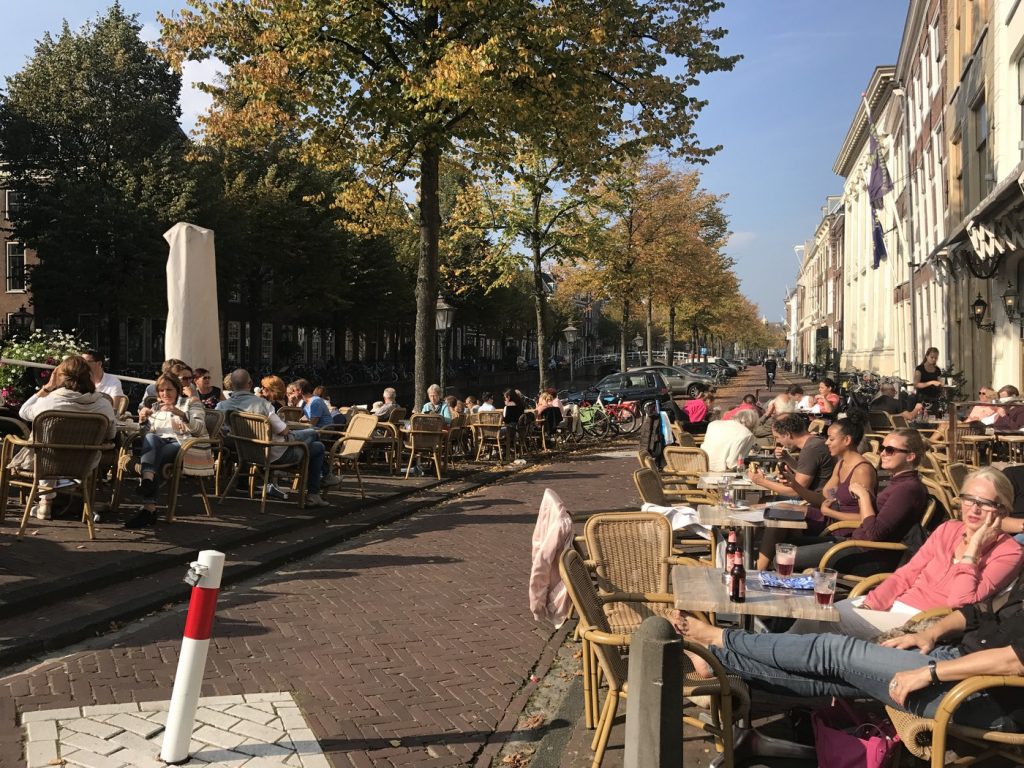 Nothing on the menu looked recognizable to us, but we saw a great-looking dish go by and asked the waiter for two of those. Our surprise lunch turned out to be a wonderful open-faced sandwich with speck, brie, honey, walnuts and thyme. 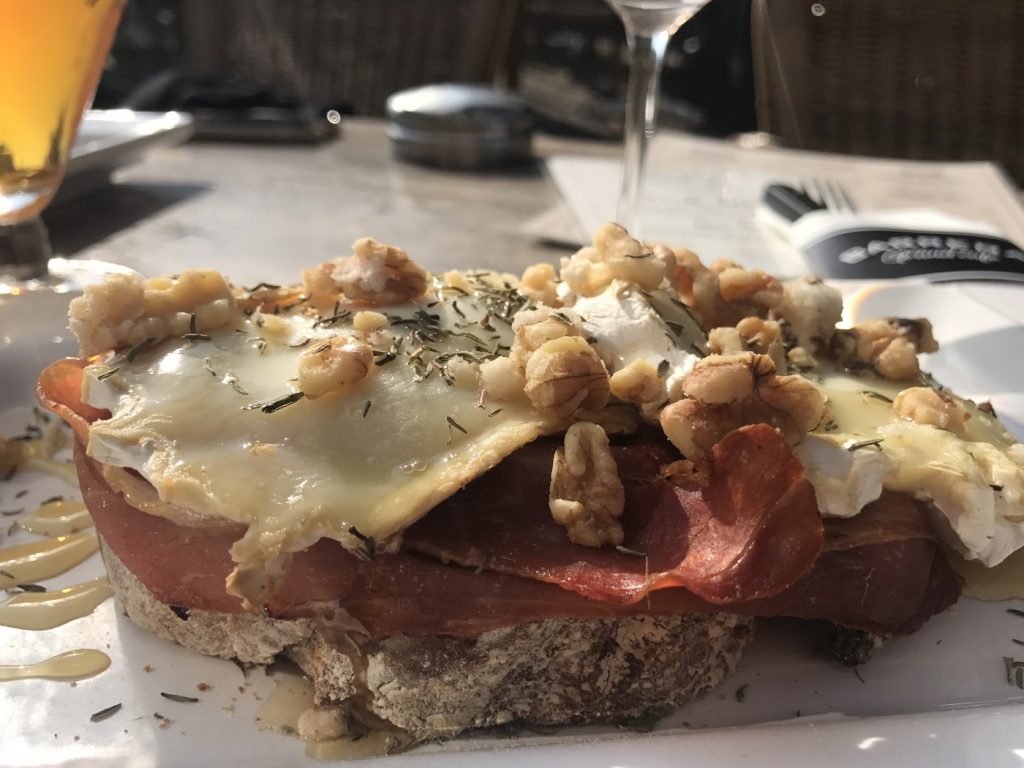 After our delightful lunch, we visited the Leiden University Botanical Garden, one of the oldest botanical gardens in the world. Begun at the end of the 16th century, it was originally established to benefit medical students. The beautiful garden winds around one of the canals and was the perfect setting for an afternoon walk. 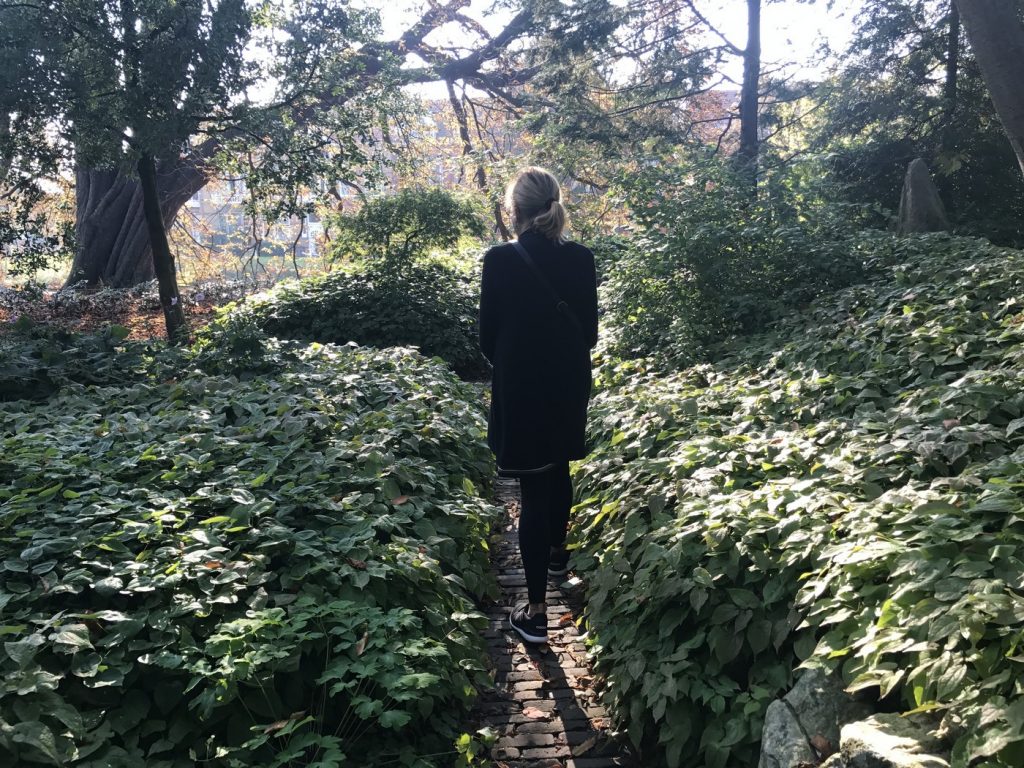 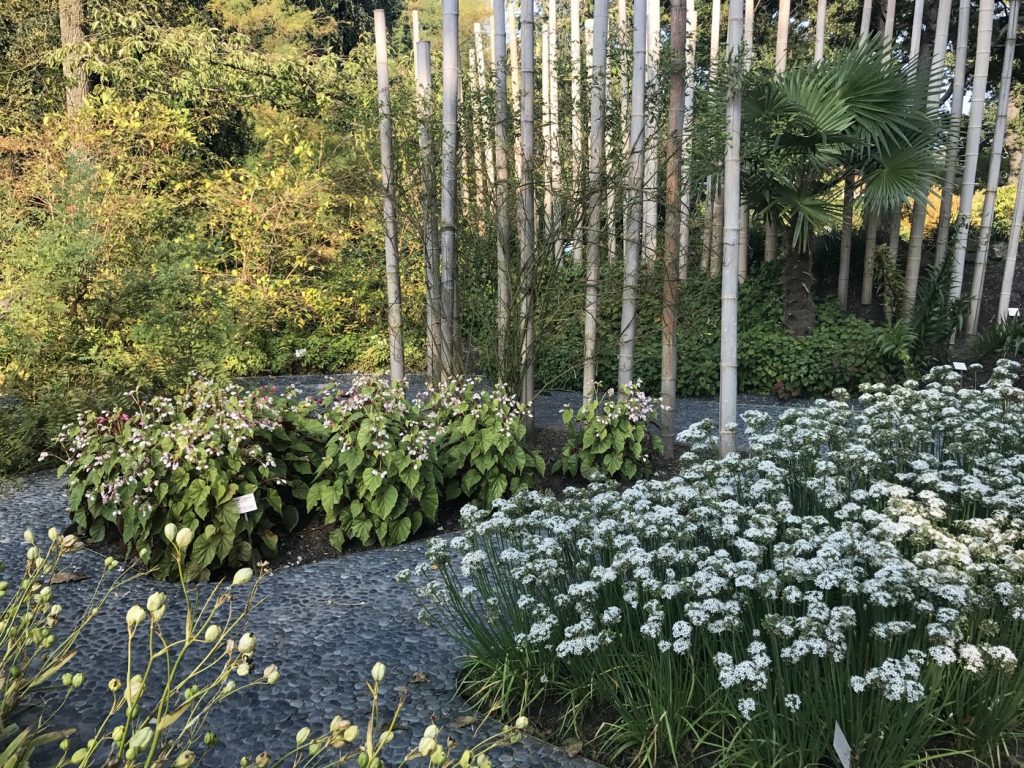 As we arrived home, the two neighbors we met the night before were sitting outside. We had a great time talking with them about traveling, bicycling, and local culture. Having the opportunity to meet locals is one of my favorite benefits of staying in home-sharing rentals.

For dinner we had the best Thai food I have ever eaten at Siri Thai. Like many other businesses in Leiden, they did not take credit cards. Our waiter told us that was pretty common in Leiden to only accept cash.

We loved our time in Leiden and hope to return. The beautiful canals, winding streets,  bicycling culture and friendly people reminded us of Amsterdam, but Leiden is quieter, slower and quainter. 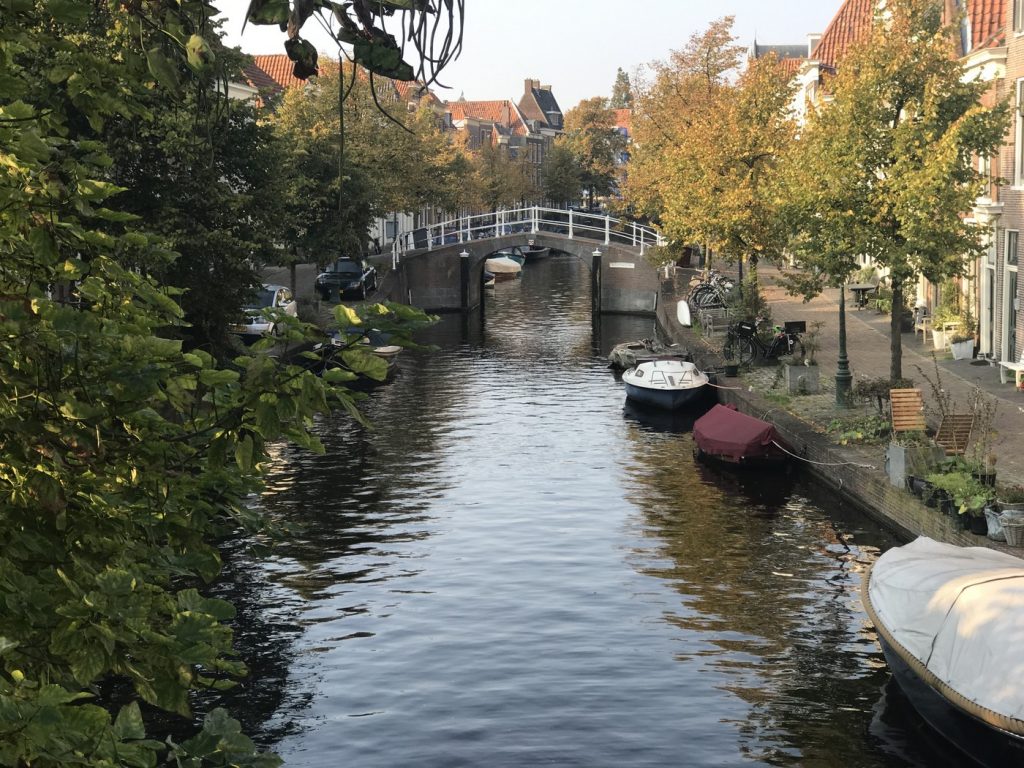 The following day we used the few hours  before leaving for Amsterdam to fly home to take one last little stroll to the Leiden center. The quiet atmosphere on a cloudy Monday morning was very different from the vibrant activity of the sunny Sunday afternoon the day before. We stopped for lunch and Paul had a final local beer, Texels which is from the Dutch island of Texel. 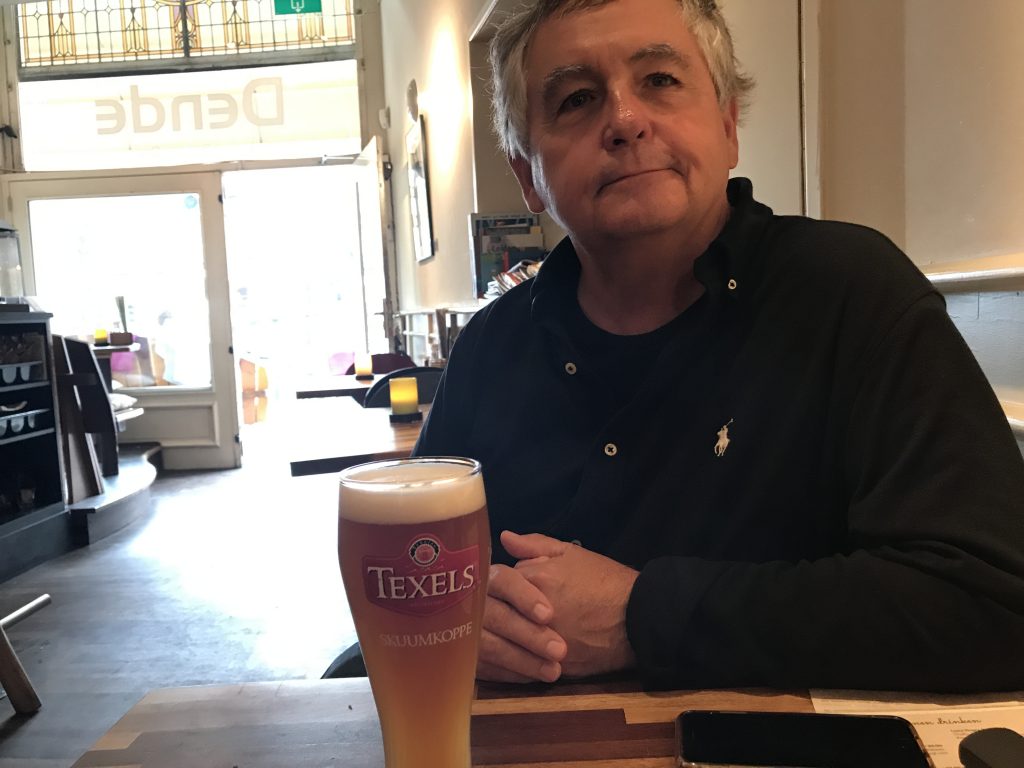 We had a great time talking with our young waitress. She recommended that we visit de burcht before we left.  We took her advice and enjoyed our visit to the 11th century structure in the center of the city. Formerly used for protection, the site is now a park and the views of the city from the top were lovely. 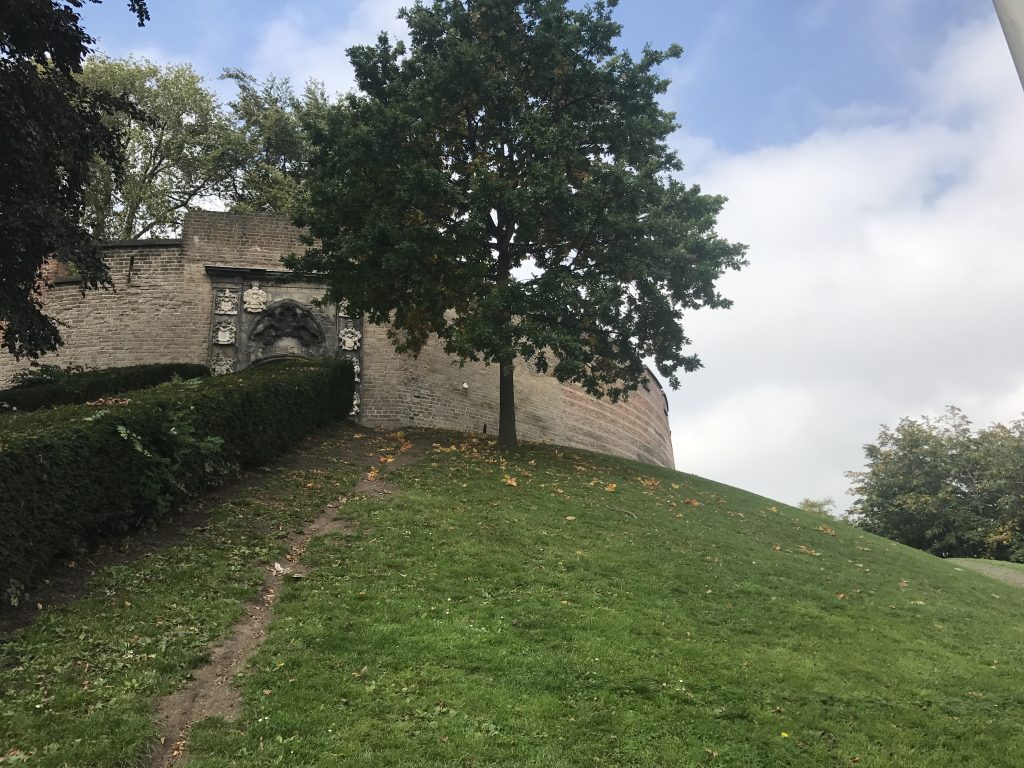