During the night our boat traveled to a new island and we awoke to this beautiful view of Pinnacle Rock on the island of Bartolome. 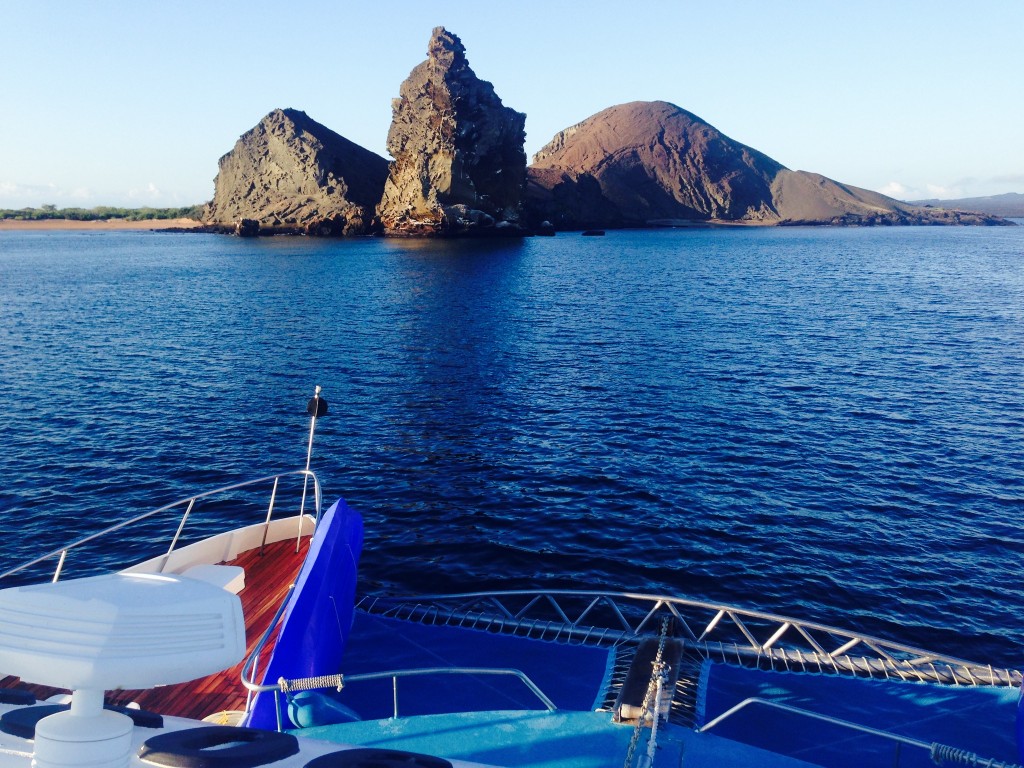 Before breakfast we had a visit from a sea lion on the lower deck of the boat. Although we were delighted, the crew quickly got it off the boat because sea lions can make a big mess and, as our guide put it, “their perfume is strong.” 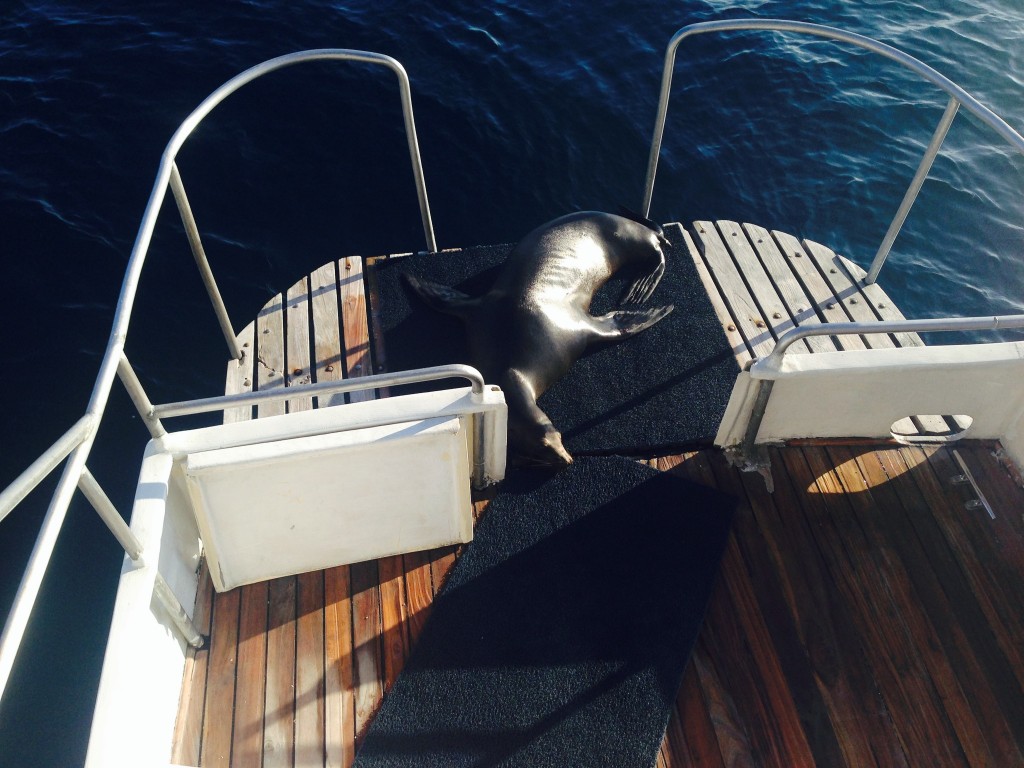 After breakfast we got in the pangas and headed to Bartolome Island. This island is such a popular hiking destination that the park service installed a wooden walk way up the dark lava sand hillside. Before we could get off the panga, one of the crew had to encourage a sea lion who was sunning on the landing to move out of our way. Sea lions are everywhere around here. They get on boats, park benches, rest areas, stairs, boat landings. 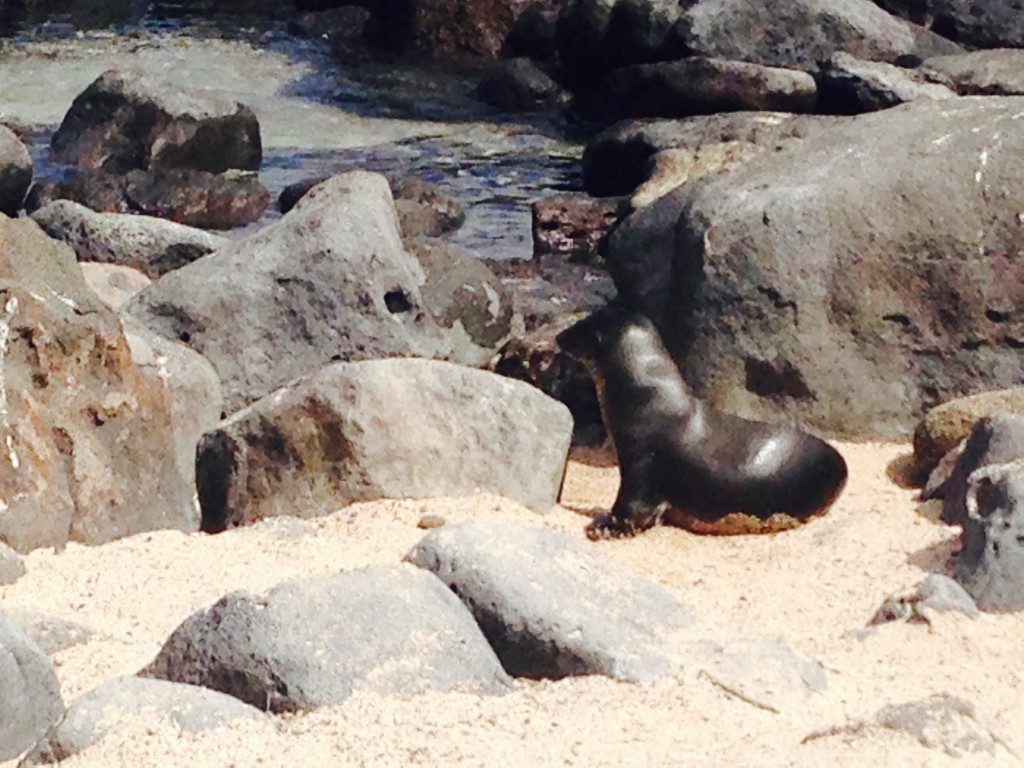 As we started up the walkway, our guide pointed out a little crater to the right that formed a small pool at low tide. From the top of the hike, we had a beautiful view of the trail and the crater pool. 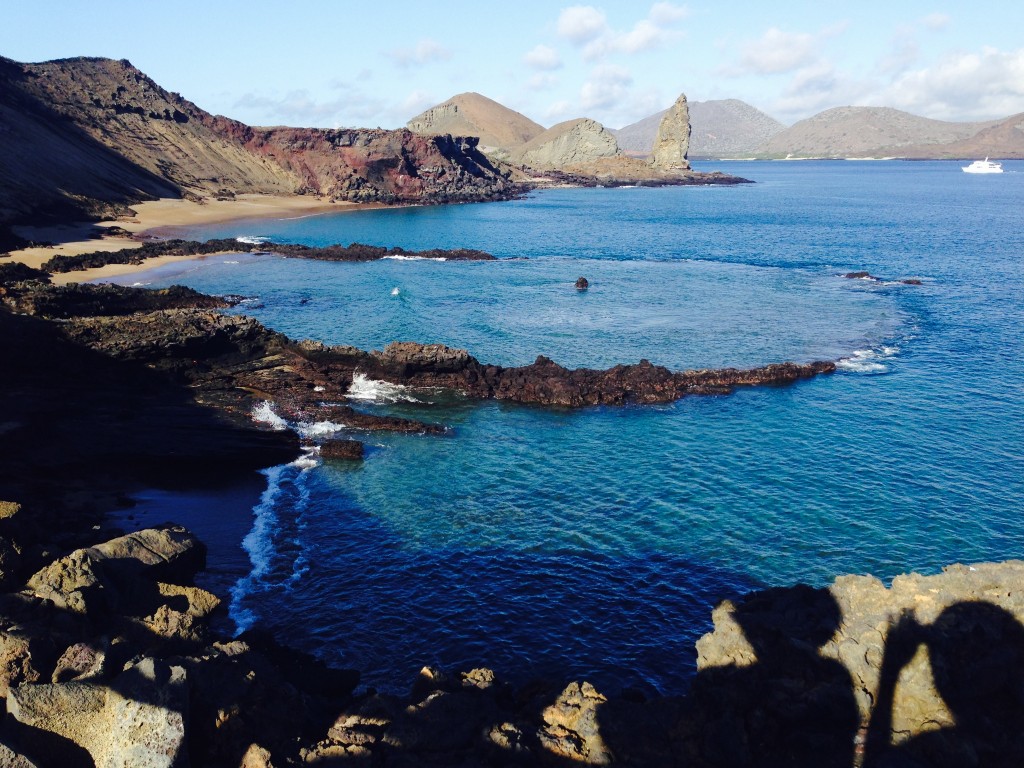 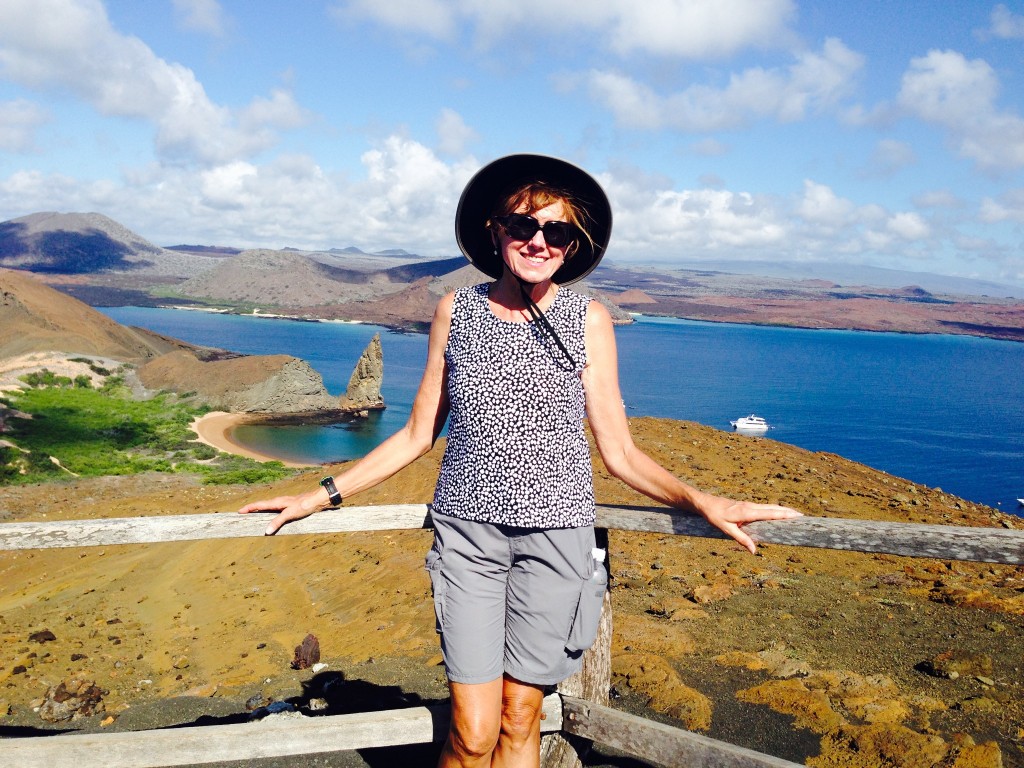 We had our first wet landing today when we took a panga to a lovely beach and hiked to the other side of the island. Along the walk we saw turtle nests and a Galapagos hawk. Then we hiked back and did some snorkeling. After lunch we did another snorkel around some big rocks. We were excited to spot a Galápagos penguin, the smallest of the penguins. 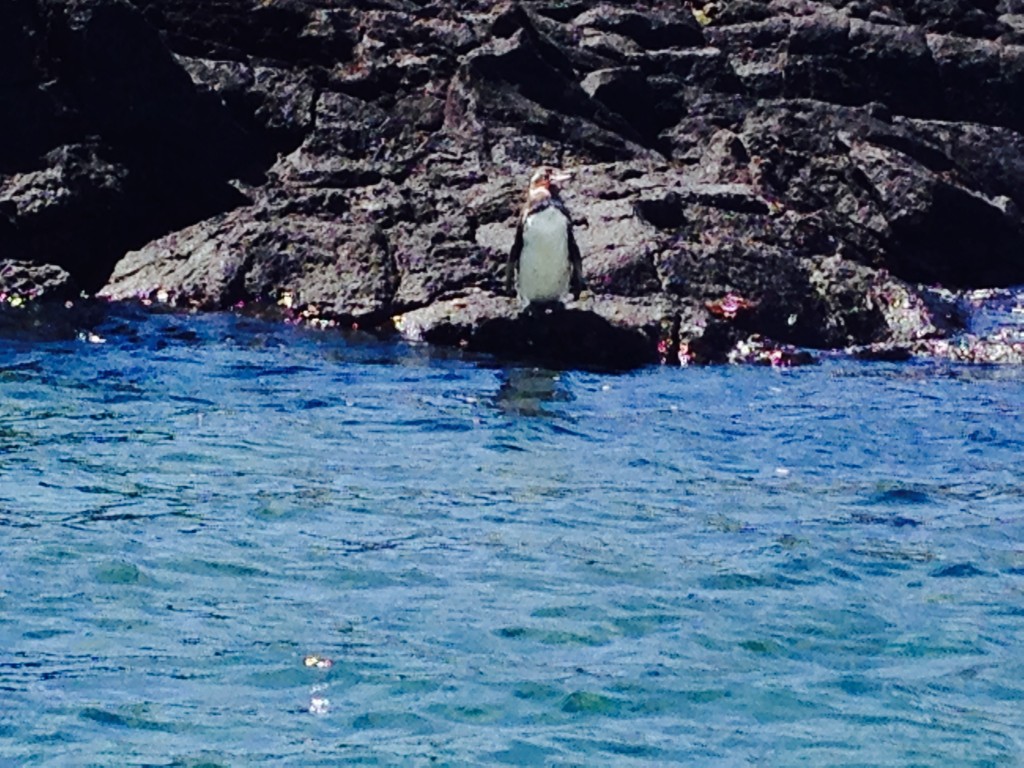 Our last hike of the day was to James Island where we walked on basaltic lava. Unlike the brown lava soil of our morning walk, this was shiny black. Because the lava was only 120 years old, it was still wavy and rough. It was easy to imagine the molten lava pouring down the hill. 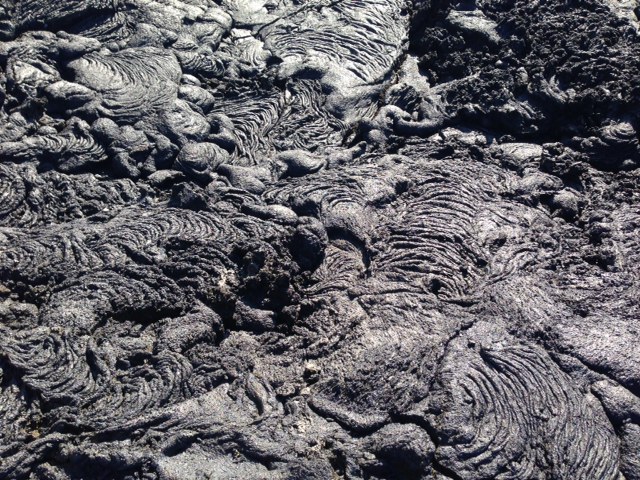 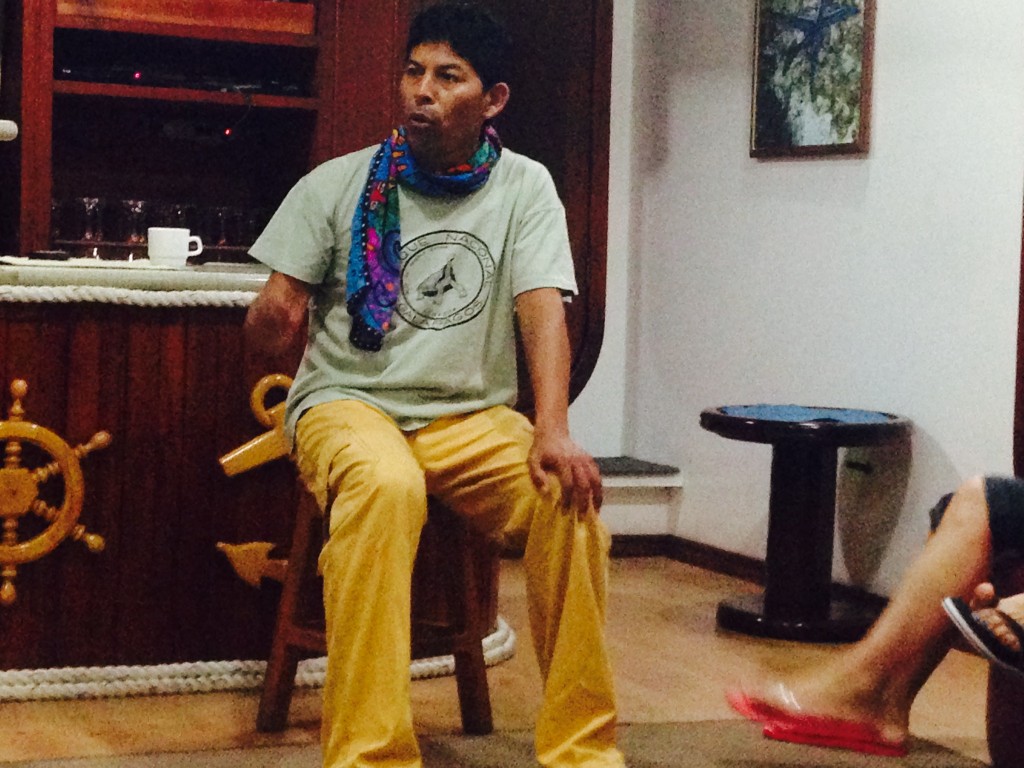