Today we explored Cusco, the heart of the Inca empire.  Our first stop was the sacred ceremonial center of Kenko.  A spot in the middle was considered by the Incas to be not only the center of Cusco but of America, as well.  When the Spanish invaded the area, they built a church around the center.  The Spanish wanted the gold and silver riches of the area.  For the Incas, gold and silver was a way to connect with gods of the sun and moon and had no monetary value.  No one would trade a potato for a piece of gold. 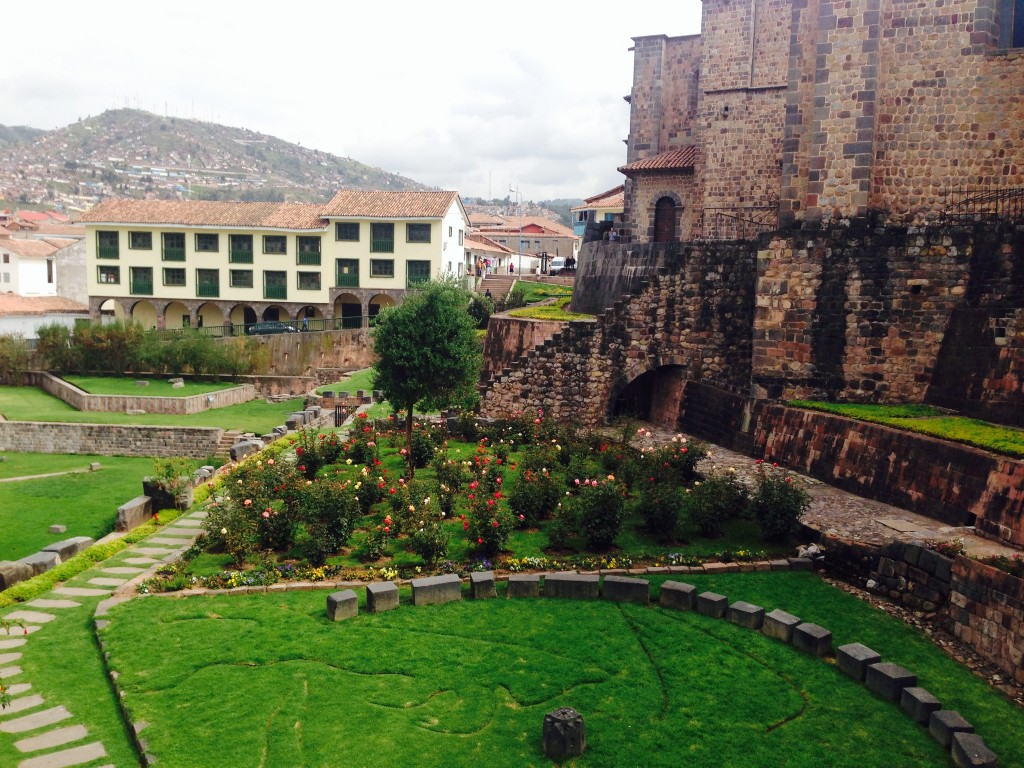 Next we went to Saccayhuaman, Incan ruins much larger than Machu Picchu but only recently excavated.  Saccayhauaman was a spiritual, political and administrative center for the Incas, not a fortress as is often reported.  Much of it was destroyed by the Spanish who used it as a quarry to get stone for their buildings.  The Peruvians also used stone from Saccayhauaman until tourists started visiting, and they realized the value of protecting the ruins.  Now it is very closely monitored. 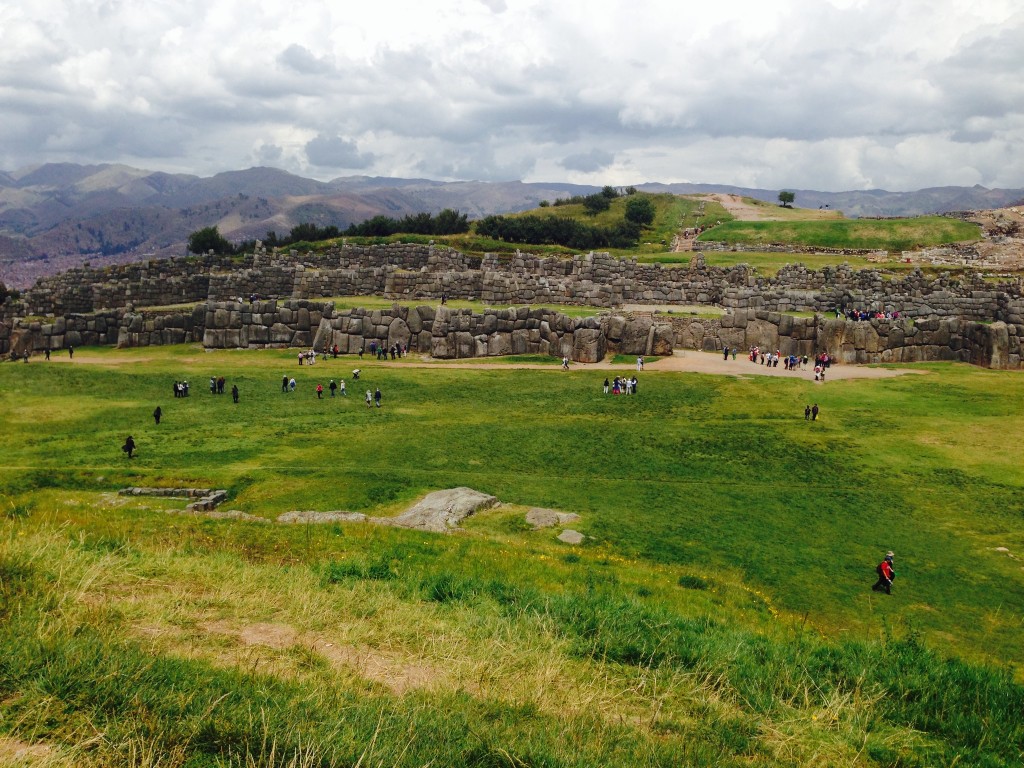 We witnessed a trditional healing ceremony conducted by a curandero, an Andean medicine man.  With deep roots in Incan culture, this ancient healing tradition  is not simply a cure for illness but also a prayer for good health and well-being.  Pablo, our curandero, studied for fifteen years with his grandfather before he was able to practice on his own.  When we entered his outdoor space, he was seated on the ground chewing coca leaves and had a little cloth spread out in front of him.  On the cloth he placed numerous items representing positive aspects of our lives-forgiveness, healing, for example.  We were each given three coca leaves to hold and think about what we most wanted.  Then we took the coca leaves to him and they became part of the offering.  He then wrapped everything in the cloth and came to each of us with a blessing and touched us with  the cloth.  Then we all went to a little fire, and he burned the cloth. 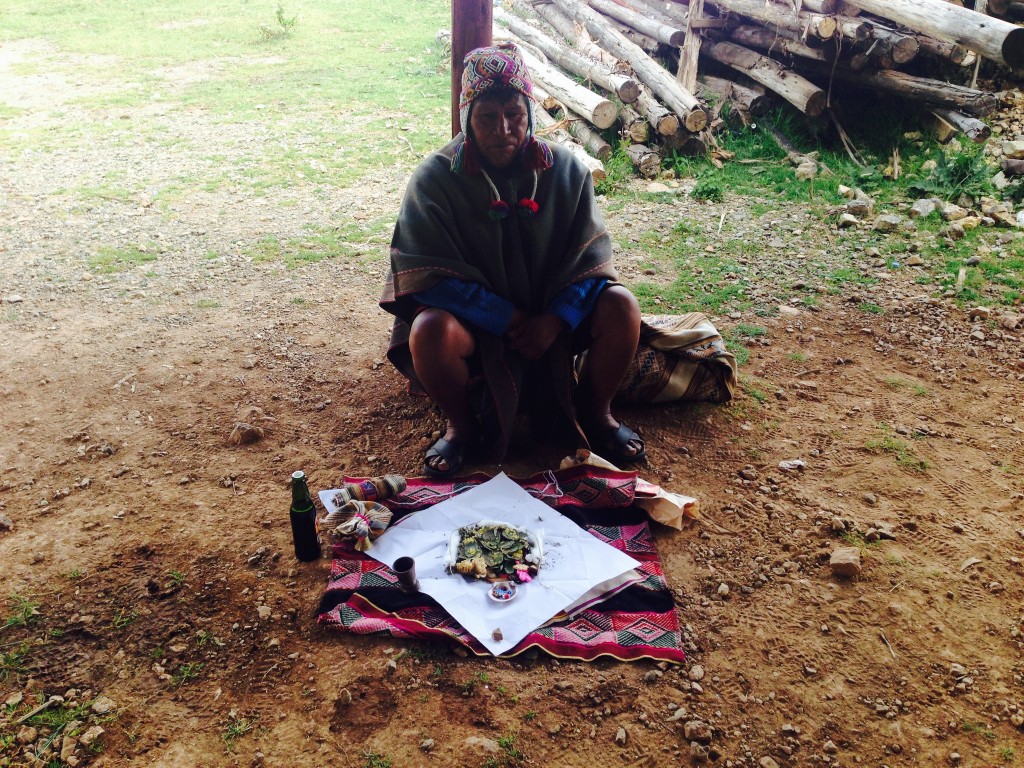 We visited a silver shop where all of the jewelry is made by hand and is 95% pure silver.  It is amazing to me how many items here are handcrafted and the amount of time that goes into an individual piece.  I bought a beautiful necklace that took two months to make.  The necklace was blessed by a healer.  At one point he moved his hands over my face, and I felt tremendous heat coming from his hands.  Many Peruvians believe that stones and jewelry designs are healing.  Our guide said, “You don’t choose a piece, the piece chooses you.”  That was so true of the necklace I bought.  It was in the last case, and I walked right to it and didn’t look at anything else. 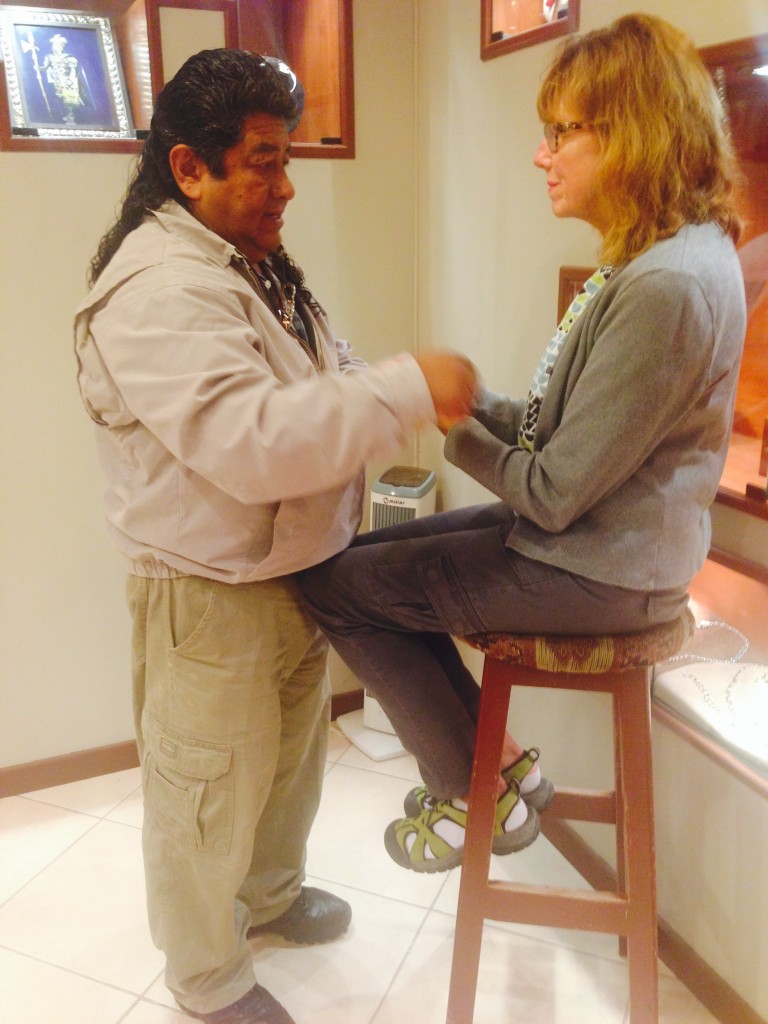 In the evening we went to a performance of Peruvian folk dances of the region.  The costumes were colorful and the dancers were so energetic.  The 12-person band added to the great performance. 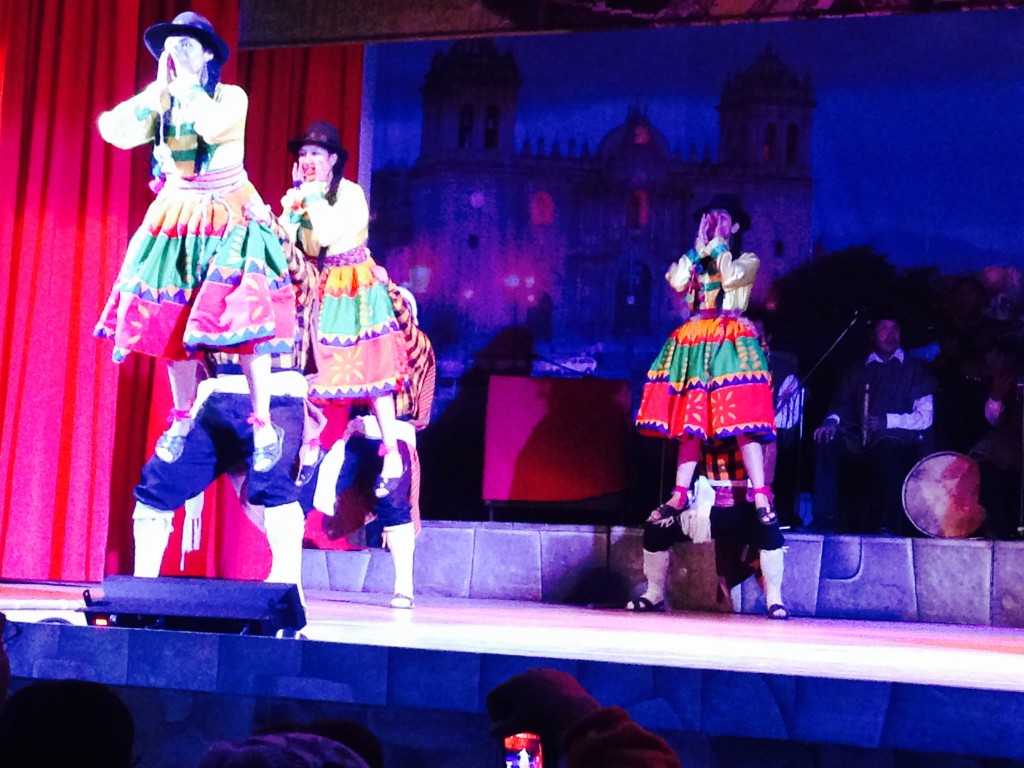