Today we decided to tackle la fromagerie at the market.  I had read that cheese shops don’t give samples in France, but rather the cheese masters listen to how you plan to use the cheese and what you like and make recommendations.  In my best French, I told the fromage vendeur that we wanted some cheese to eat with bread and wine that didn’t smell too strongly.  When he smiled at me, I realized, my French was probably shaky and of course, all French cheese goes with bread and wine.  But he was kind and we had a great time choosing cheese with him.  After asking us when we were going to eat it, he recommended a cheese with an ashy skin.  After we agreed on that one, he gave us samples (imagine our delight) of two others which were equally wonderful.  We left with a St. Nectaire fermier, a comte fruite, and a brie fermier.

After a wonderful breakfast of a baguette from our boulangerie, fruit from the market, and our three wonderful cheeses, we took the bus to the Hotel de Ville, the city administrative offices of Paris.  Today was one of two days a year that this building is open to the public.  Like most of the architecture in Paris, it was opulent and beautiful.  My new theory is that Parisians dress so beautifully because they work in such beautiful places.  Although the building is normally closed to the public, the library is open to anyone in Paris.

For dinner we had an amazing three-course meal with wine pairing and champagne at O-Chateau.  Our chef was a Cordon Bleu Culinary School graduate and our sommelier had trained for six years.  My favorite part of the meal was the salad with melon cream on a little pastry with crisp prosciutto. 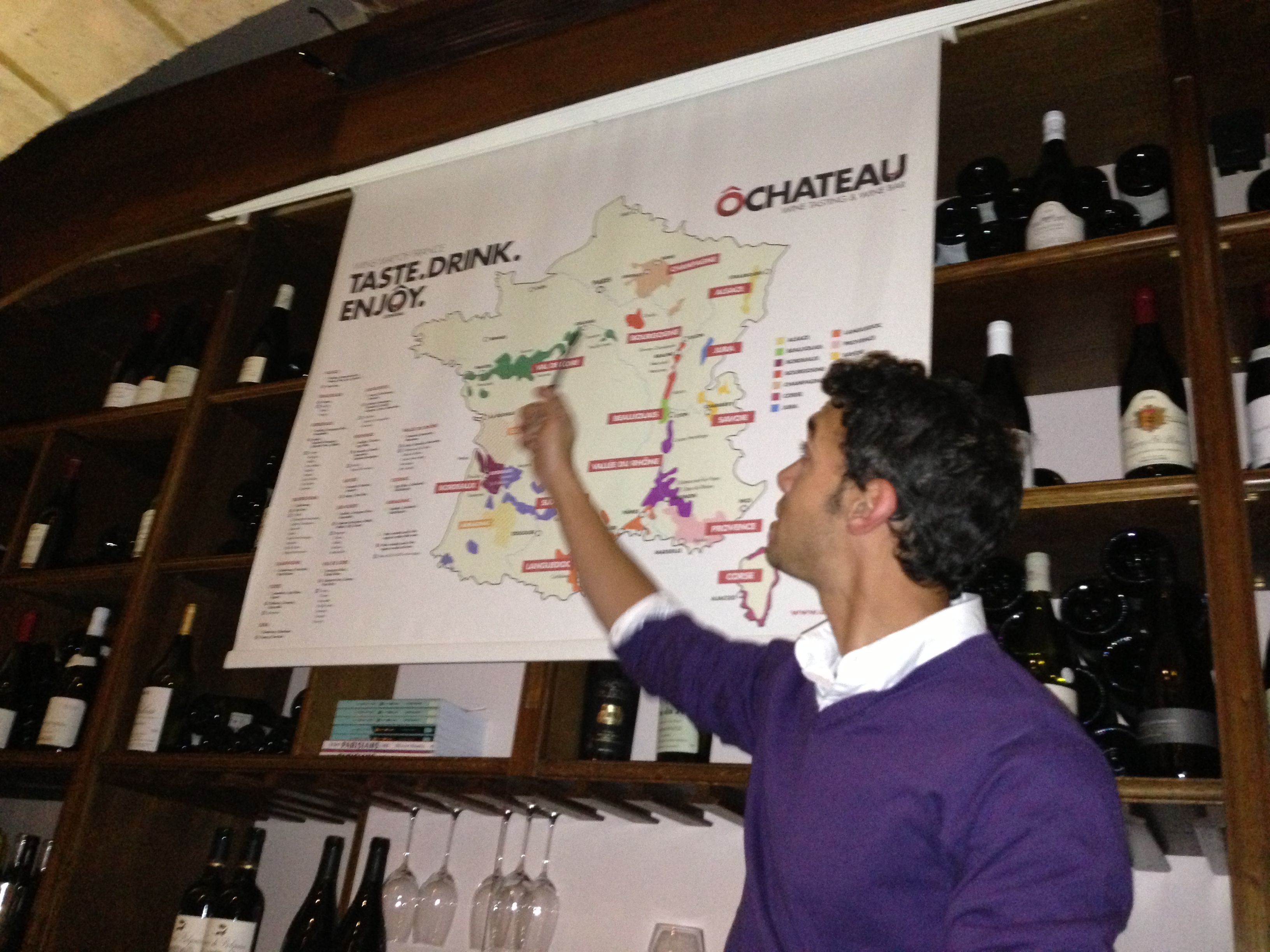