A warm, sunny morning welcomed us when we arrived in Amsterdam today. Driving to our apartment, our Afghani taxi driver, Farid, talked with us about life in Afghanistan and his family’s experience moving to Amsterdam.  He said Kabul is safe, but the outer areas experience daily bombings and both the Taliban and ISIS are gaining ground and adamantly stated that they are not Muslims. Farid told us he chose to live outside Amsterdam because he did not want his three children being close to the coffee shops, which sale marijuana, not coffee in Amsterdam.  Coffee ship patrons must be eighteen, and I had that it was mostly tourists who patronized the coffee shops; local people were not very interested.

Our host, Edwin, met us outside our second-floor apartment in a seventeenth-century building.  Thank goodness he was there to help get our luggage up the incredibly steep “Dutch stairs”.  They look more like a ladder than stairs.  Because houses used to be taxed based on their width, older  Dutch houses are very narrow and tall; they have nice size rooms but not much space for stairs.  Edwin assured us that in a few days we would be so accustomed to the steep stairs that we would go up and down without giving it a thought.  Right now we are holding on to both railings and stepping slowly both up and down . 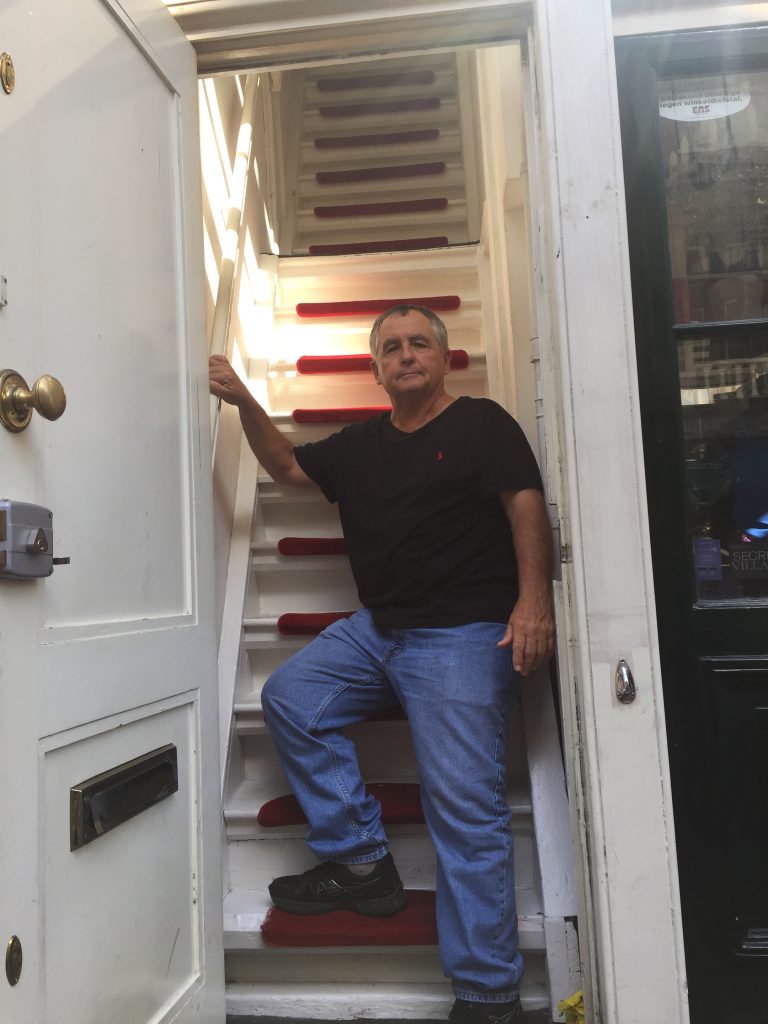 Our apartment is a block from the flower market.  Stall after stall sell bulbs and flowers.  We didn’t realize until we walked past the flower market that the stalls are built over the canal. 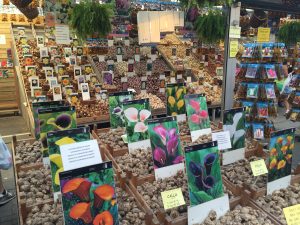 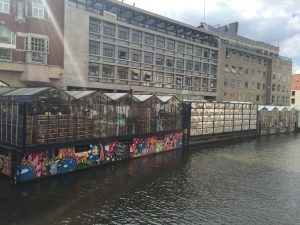 Edwin recommended that we visit the Brouwerij”T IJ brewery located next to the De Gooyer windmill, the only remaining windmill in Amsterdam. Thanks to his great recommendation we enjoyed a sampling flight of their five original beers and met a lovely couple from Cleveland who gave us a great Paris restaurant recommendation. 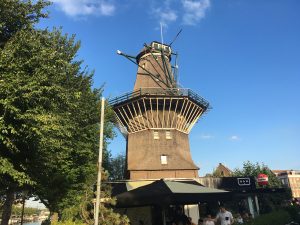 After a wonderful Indian dinner at Indian Shiva, it’s early to bed for us.