When we went to the Centre Pompidou the last time we were in Paris, most of it was closed to visitors, so we were excited to return today. The museum is the largest museum for modern art in Europe.  Although there was a line to get in, it moved quickly and we only had to wait about thirty minutes. 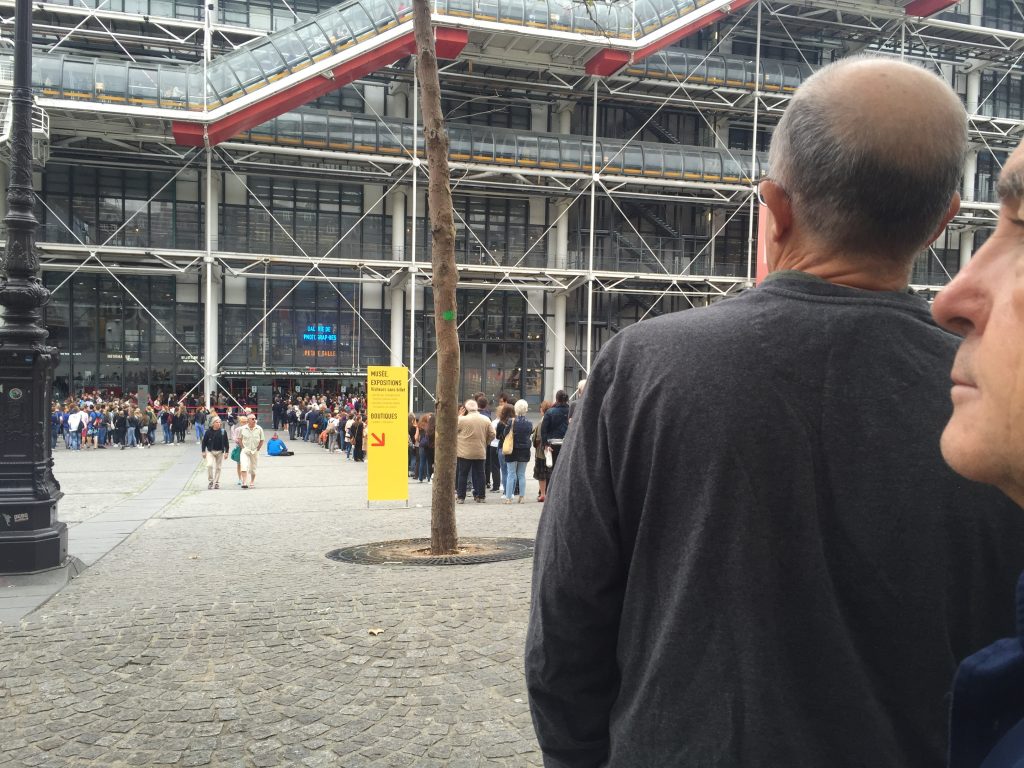 Named after Georges Pompidou, President of France from 1969 to 1974, the building was completed in 1977. Unique with its exposed skeleton of brightly colored tubes for mechanical systems and a clear tube for the escalator, it offers beautiful views of the Paris skyline. 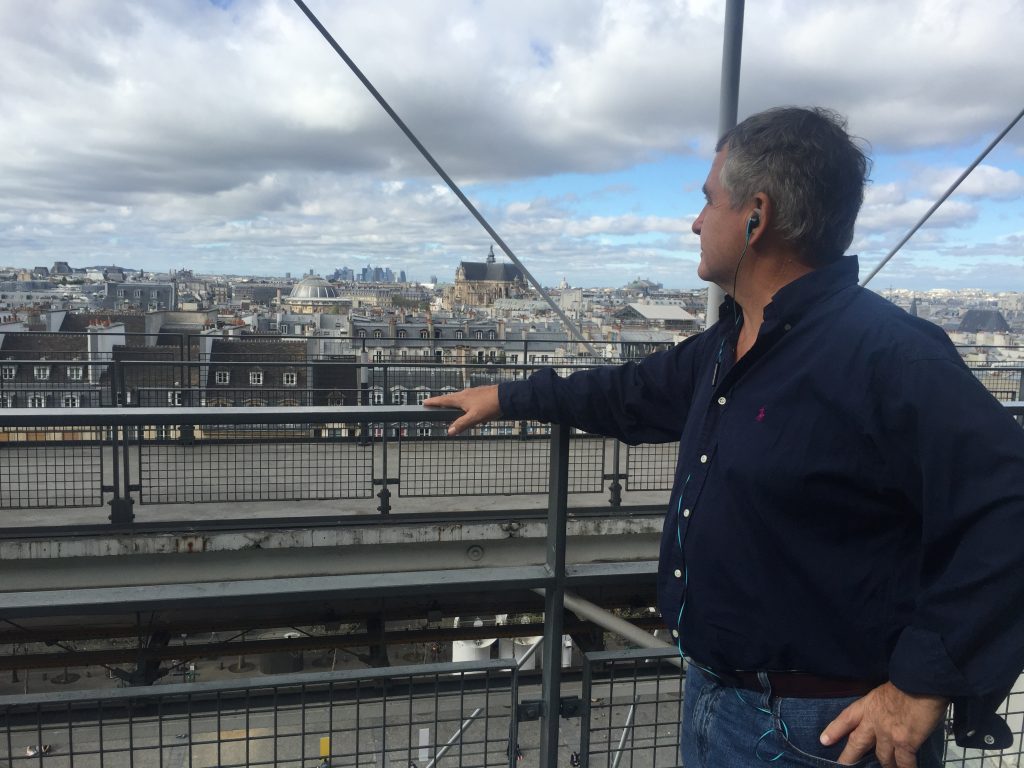 The Pomidou has a great free app that provides wonderful commentary about both the permanent and temporary exhibits.  Many of the Paris museums offer free apps, so I check the museum web site before we go.  The apps can be downloaded at home or in the museum using the museum wifi.  I try to remember to bring ear buds with me.  We were very lucky to see the new exhibit of the works of 20th century surrealist Belgian painter Rene Magritte. 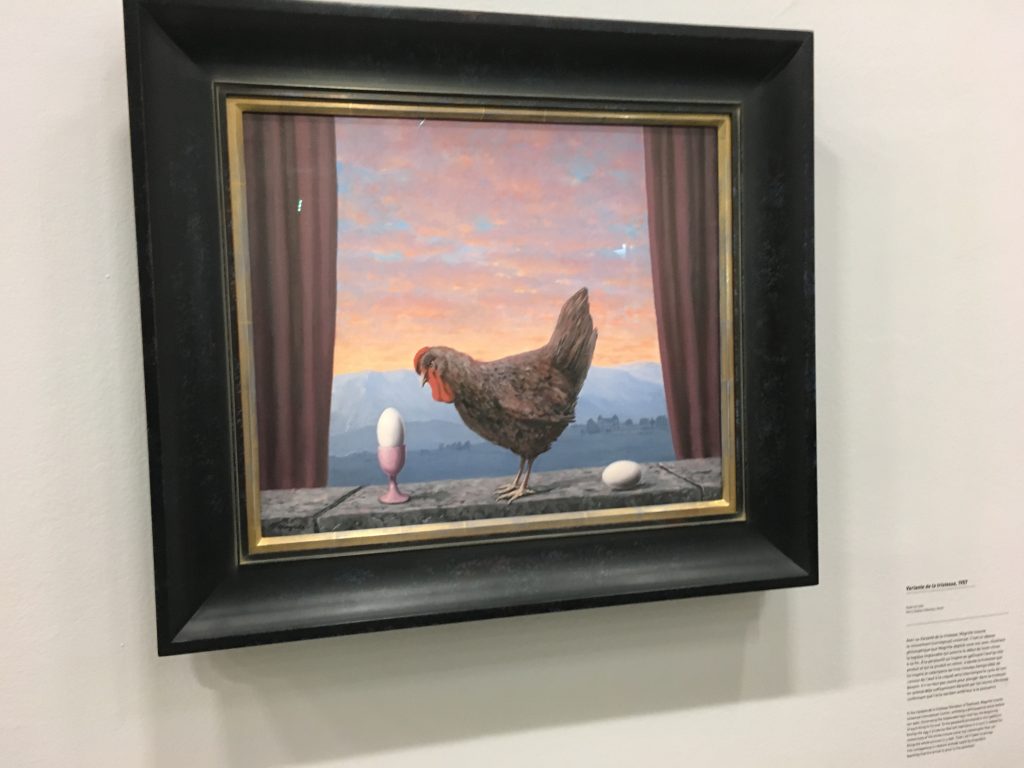 It was a large and thought-provoking exhibit.  The excellent museum app provided commentary by the artist and the curator of the exhibition. 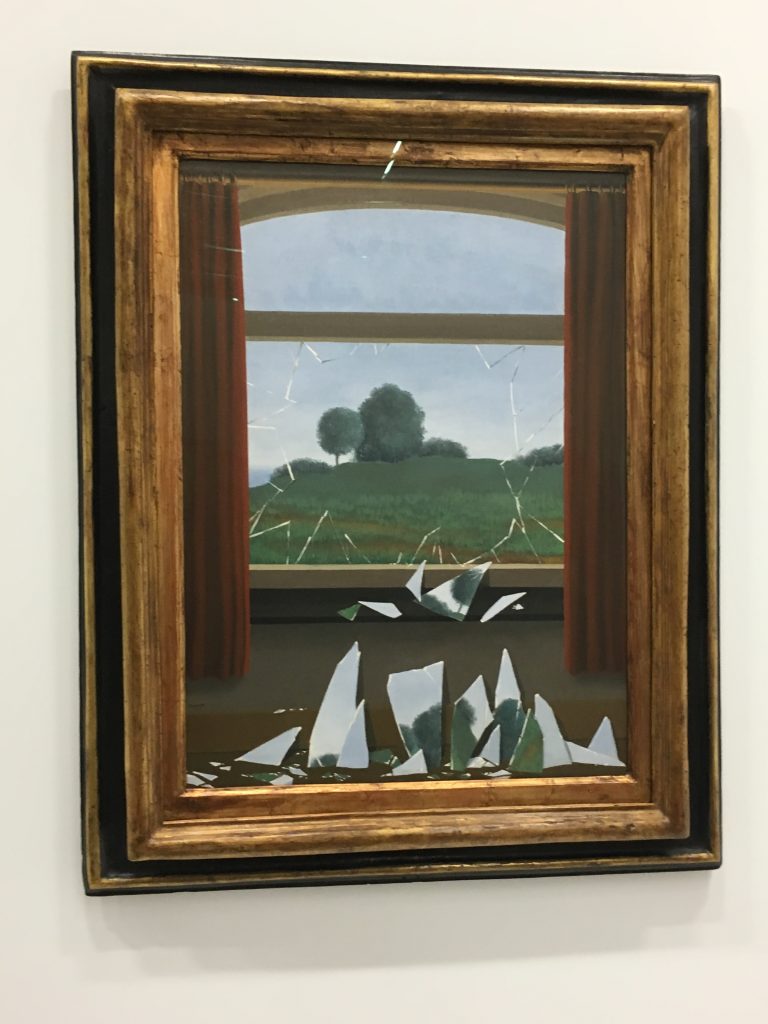 The Beat Generation exhibition, a very large retrospective of more than 500 works, was in its final week.  This multi-media exhibit focused on the literary and artistic movement born in the late 1940s after the end of WWII that ushered in the hippie culture as well as the civil rights movement during the 60s. 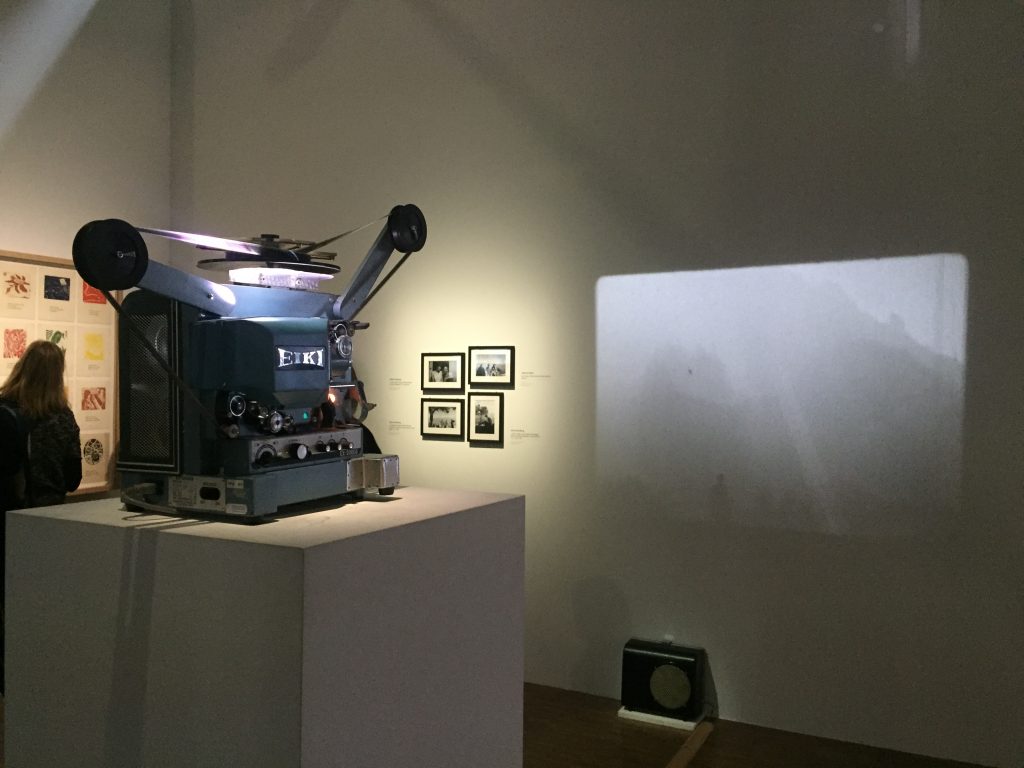 A very long, narrow box displayed all the pages of Jack Kerouac’s On the Road laid out end-to-end. 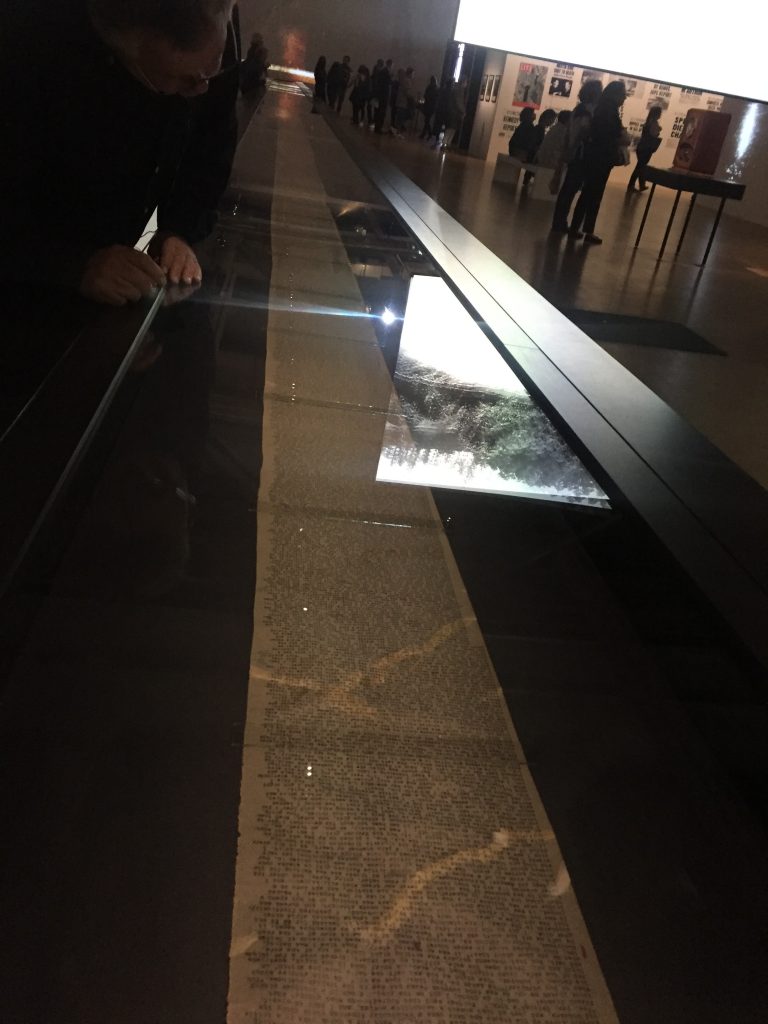 A large board displayed newspaper headlines and magazine covers from the 50s and 60s.  It was interesting to be reminded of the major events of those years. 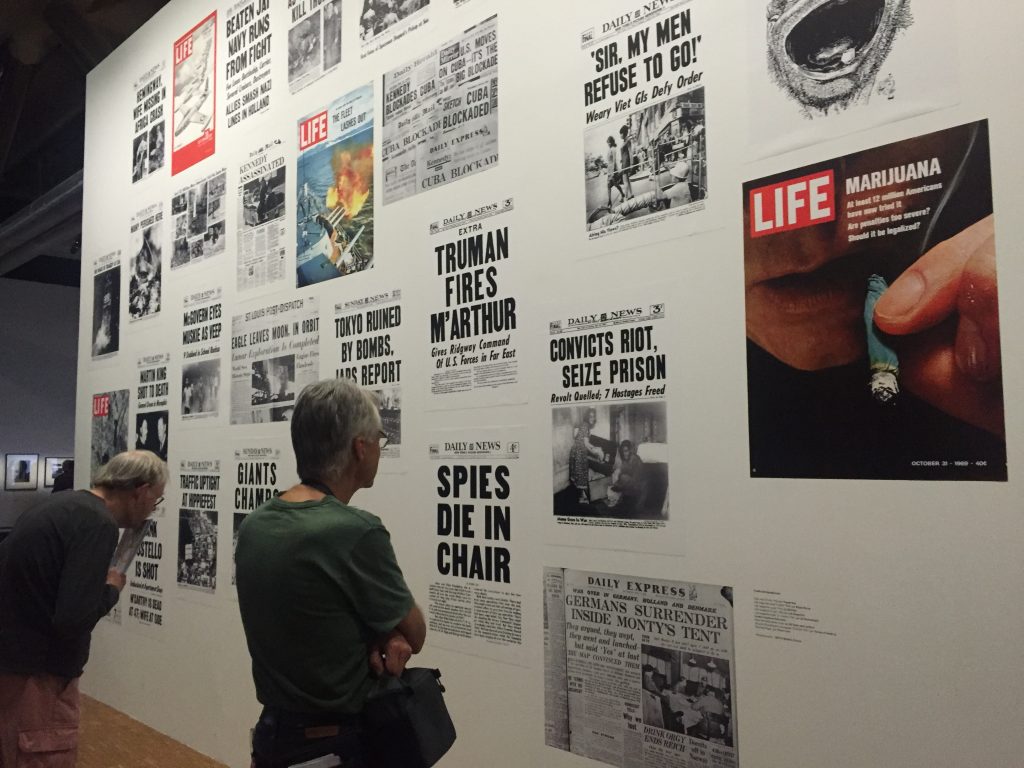 There was an interesting film of a very young Bob Dylan singing Subterranean Homesick Blues while showing cue cards with the lyrics in 1965.  Perhaps it is the first music video.

The Singing Posters is a display of Allen Ginsberg’s poem Howl using phonetic spelling to look like it would sound if he were reading it aloud.