Our first stop today was a visit to Pere Lachaise Cemetery, the world’s most visited cemetery and final resting place of  illustrious French residents.  Some of the famous people buried here include Moliere, Chopin, Oscar Wilde, Edith Piaf, Jim Morrison, Colette, and Gertrude Stein. Many of the grave sites are elaborate towers and mini-chapels, often holding numerous members of a family.

From there we went to the home of Victor Hugo, author of Les Miserables and The Hunchback of Notre Dame.  Then on to Places des Vosges, the oldest planned square in Paris built between 1601 and 1612.  We ate lunch by the Place de la Bastille, site of the Bastille prison until its destruction between July 14, 1789 and July 14, 1790, during the French Revolution.

The highlight of my day was receiving a compliment about my French from our waiter at dinner.  Since he responded in English, I am not feeling too confident about my fluency.  After I complimented him on his English, and Paul told him we would be back, he told us which nights he works.  So now we have a French waiter buddy. 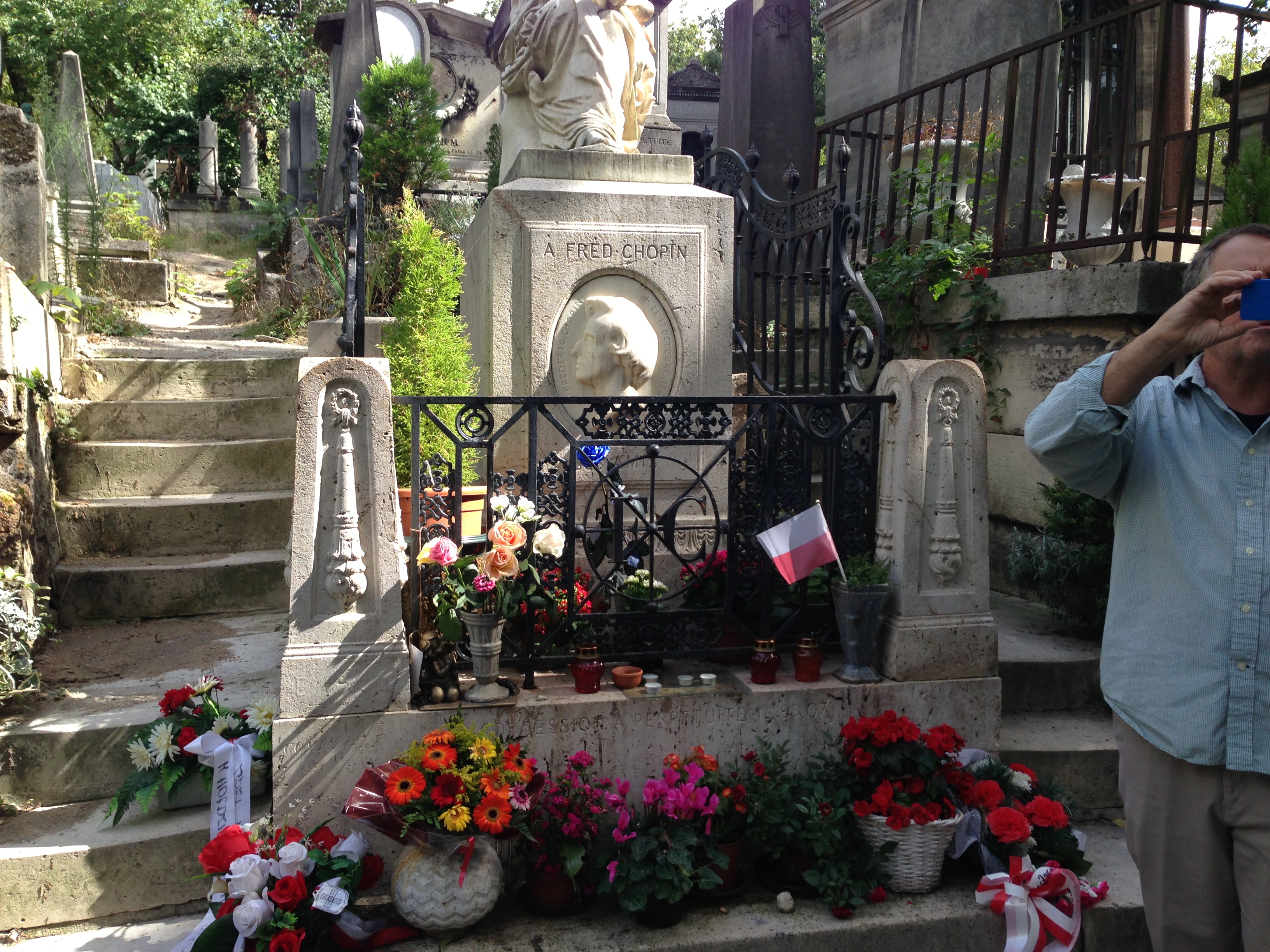