Today we joined our Paris friend for a twelve-mile walk she had planned that took us from the north of Paris to the south.  In addition to the three of us, our group included a young woman visiting from S. Africa and a woman from Canada who is working in Paris.  Meandering through quiet streets, we saw parts of Paris seldom visited by tourists. 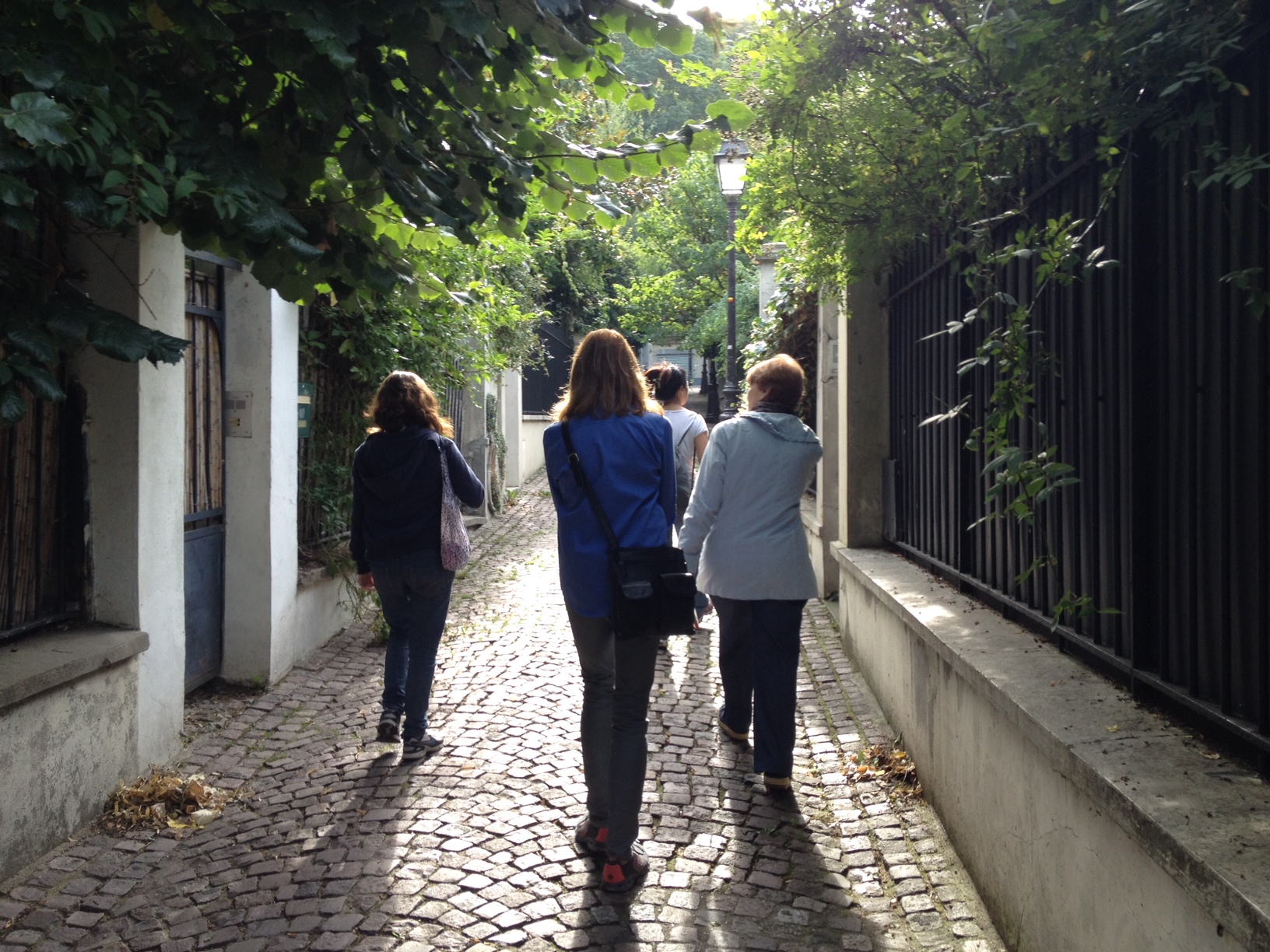 We stopped at two markets.  Some of us bought French lingerie for 1 euro, and we tasted some amazing African food. 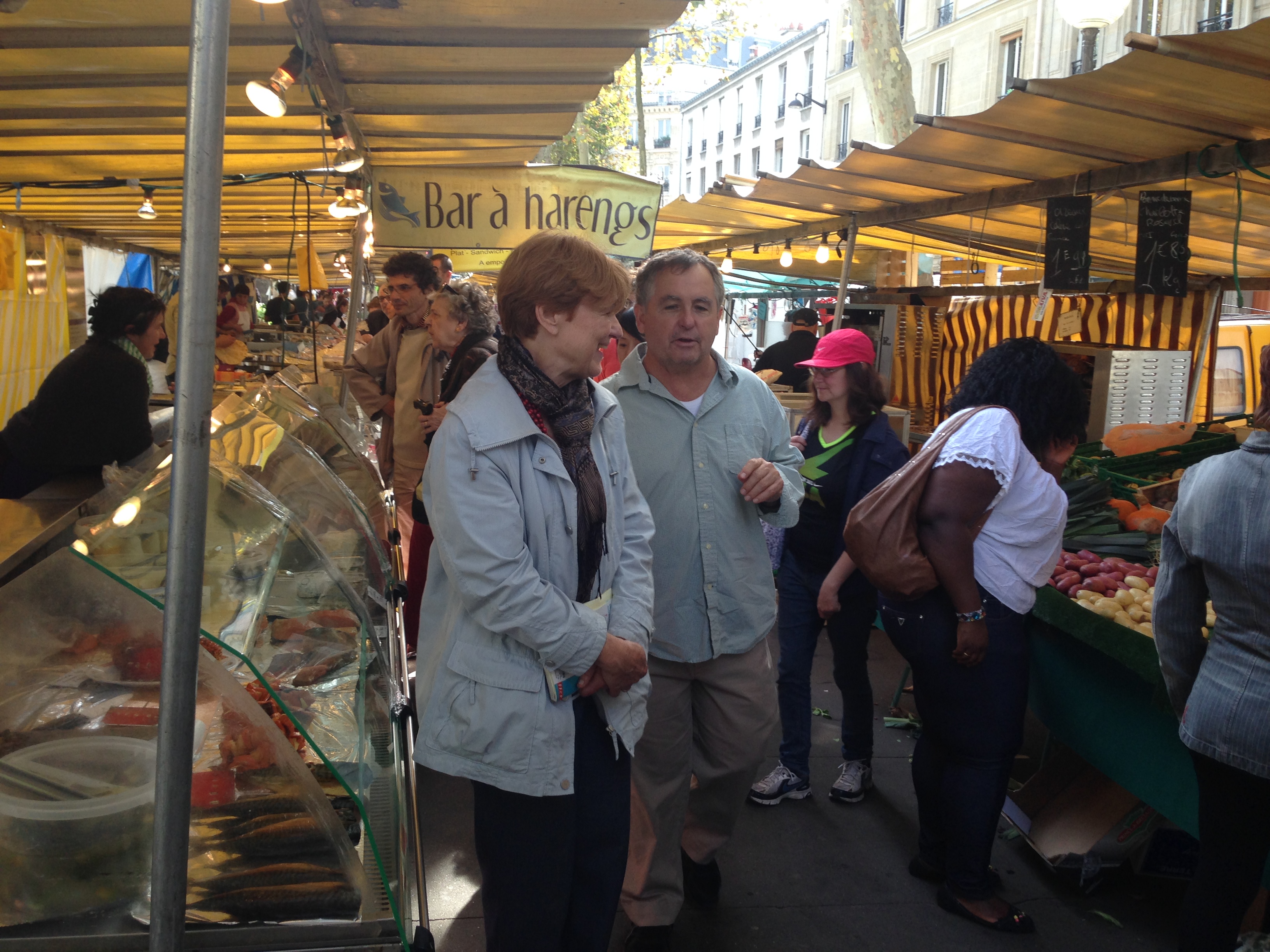 We ate lunch at an Israeli restaurant and greatly appreciated having someone with us who understood the entire menu. I also learned I had correctly translated “head of veal” on the menu yesterday and what I thought was andouille sausage was, in fact, the lower part of some animal’s intestine and definitely an acquired taste.  As Paul said, navigating the French menu is a minefield. 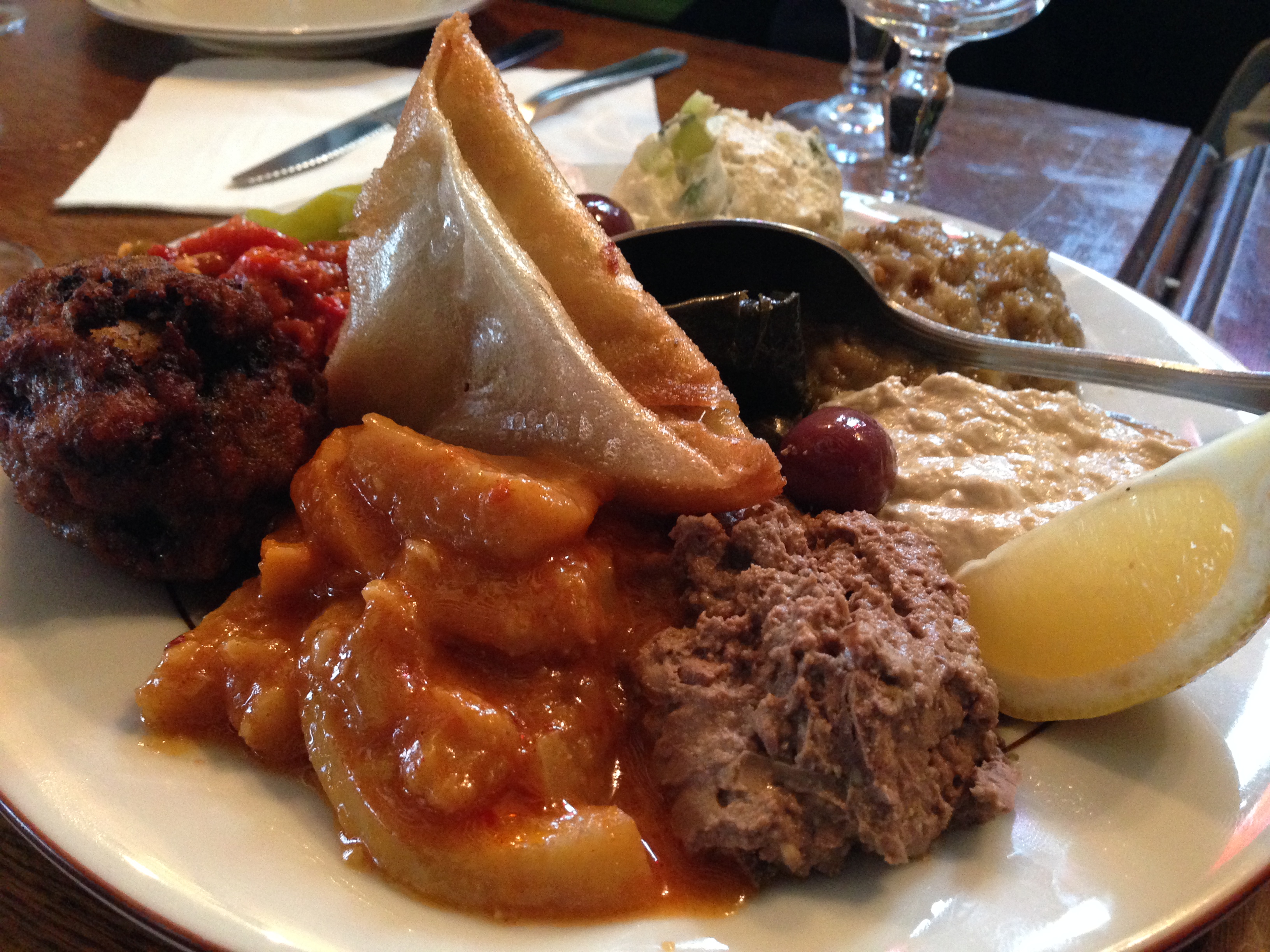 Beautiful church bells welcomed us as we neared the Pantheon. 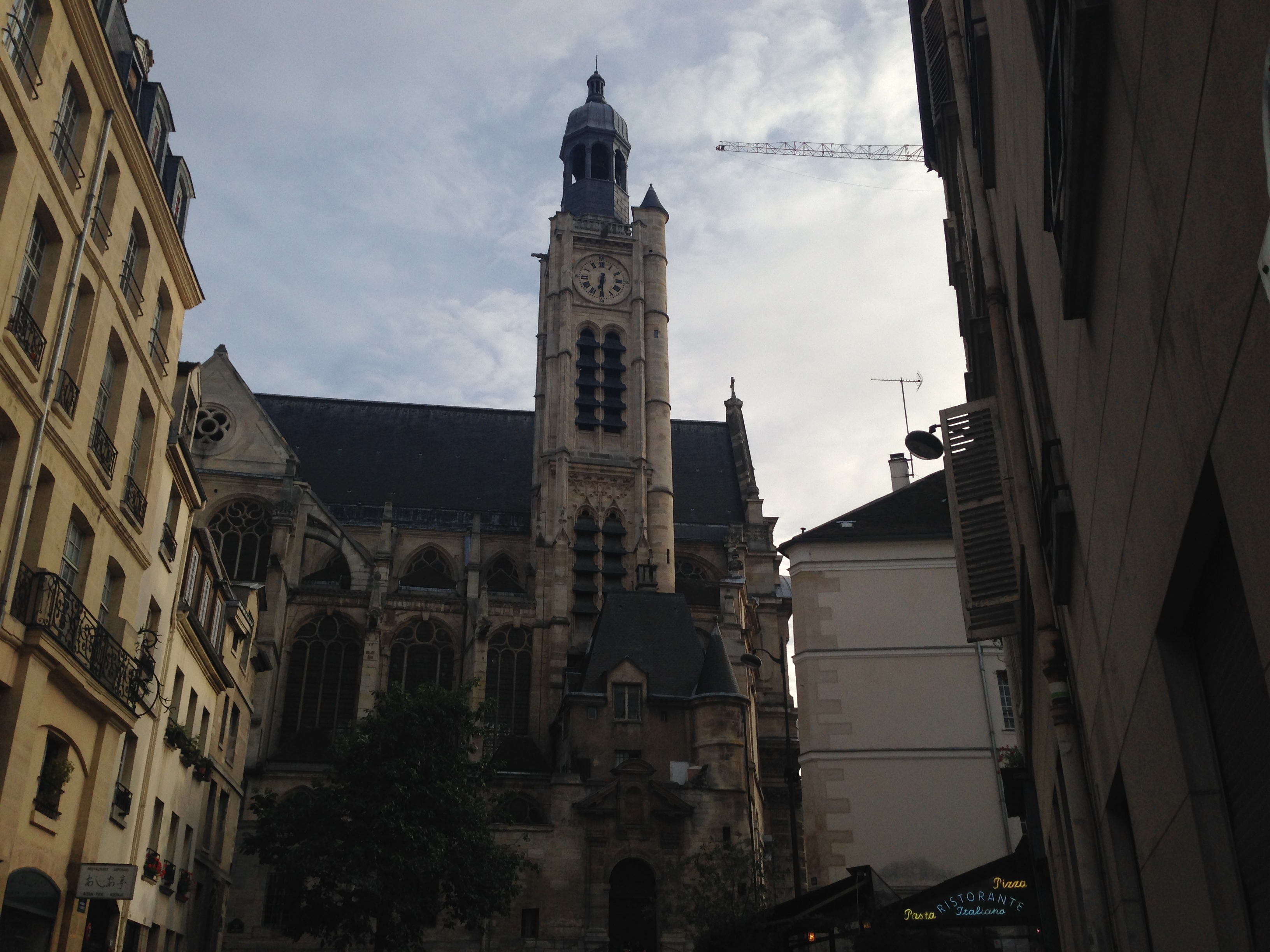 It was a beautiful day, and we enjoyed spending time with our delightful group of new friends.