We had an ultimate African moment last night. Elephants were chomping grass, bumping our tent, and making their presence known as we were going to bed. Just after we turned off the light a strong smell filled our tent, and we knew they were still there, digesting their food. Jeanne woke me a little after midnight because she didn’t want me to miss the up-close and personal view of our elephant. He was huge (his head was higher than the top of our tent) and just inches from our bathroom screen, pulling off tree limbs and eating the leaves. 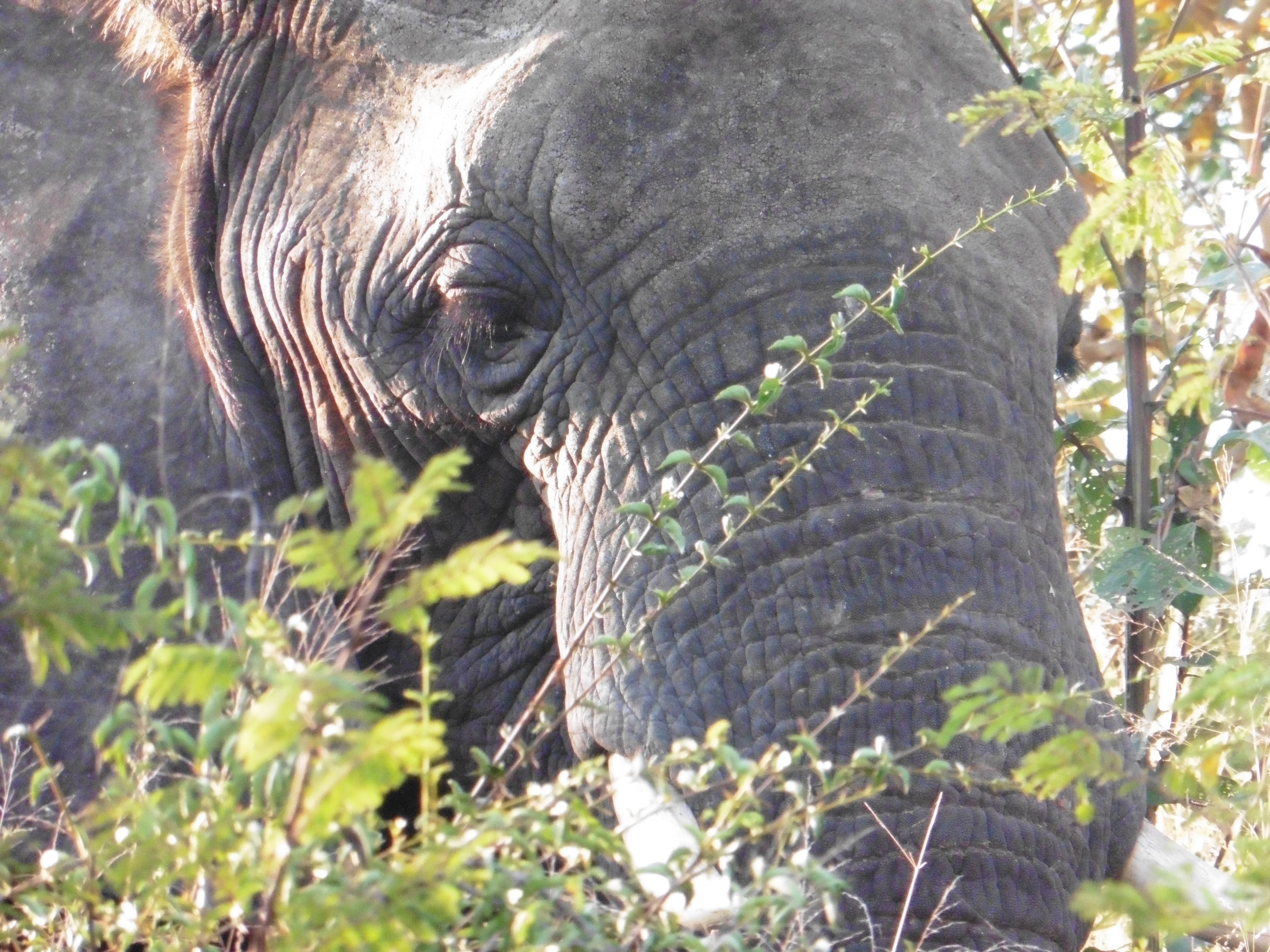 Not sure how long he stayed, but when we left our tent in the morning, leaves were everywhere and his calling card filled the walkway.

Phanuel asked us if we had read our newspaper this morning when we walked in for breakfast, and we had a great time sharing elephant stories.

Today was an all-day safari. In addition to the elephants, impalas and giraffes that we are almost starting to take for granted, we saw some new animals as well. We had seen a lone cape buffalo earlier, but today we saw a huge bellow, more than a thousand, of cape buffalo. Knowing they are part of the Big Five because they can be so dangerous, I felt on edge as we drove through them. Often we were just feet away from the closest ones. Some looked at us, but most ignored us. Males can be identified by the little cap, called a boss, between their horns.

We saw a warthog earlier, but he was moving too quickly to get a picture. Today one posed for us. 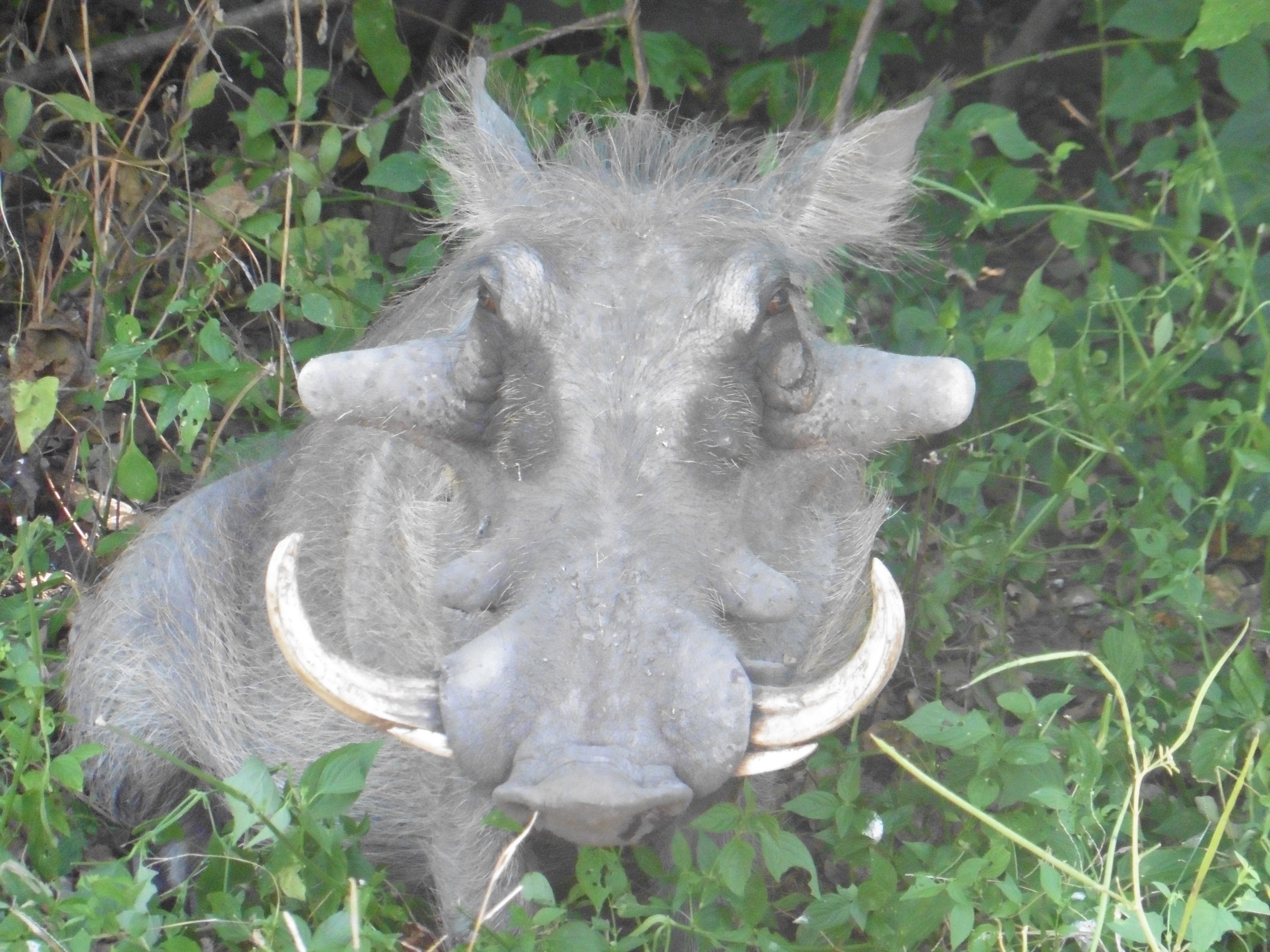 New sightings were a mongoose and a sable antelope. 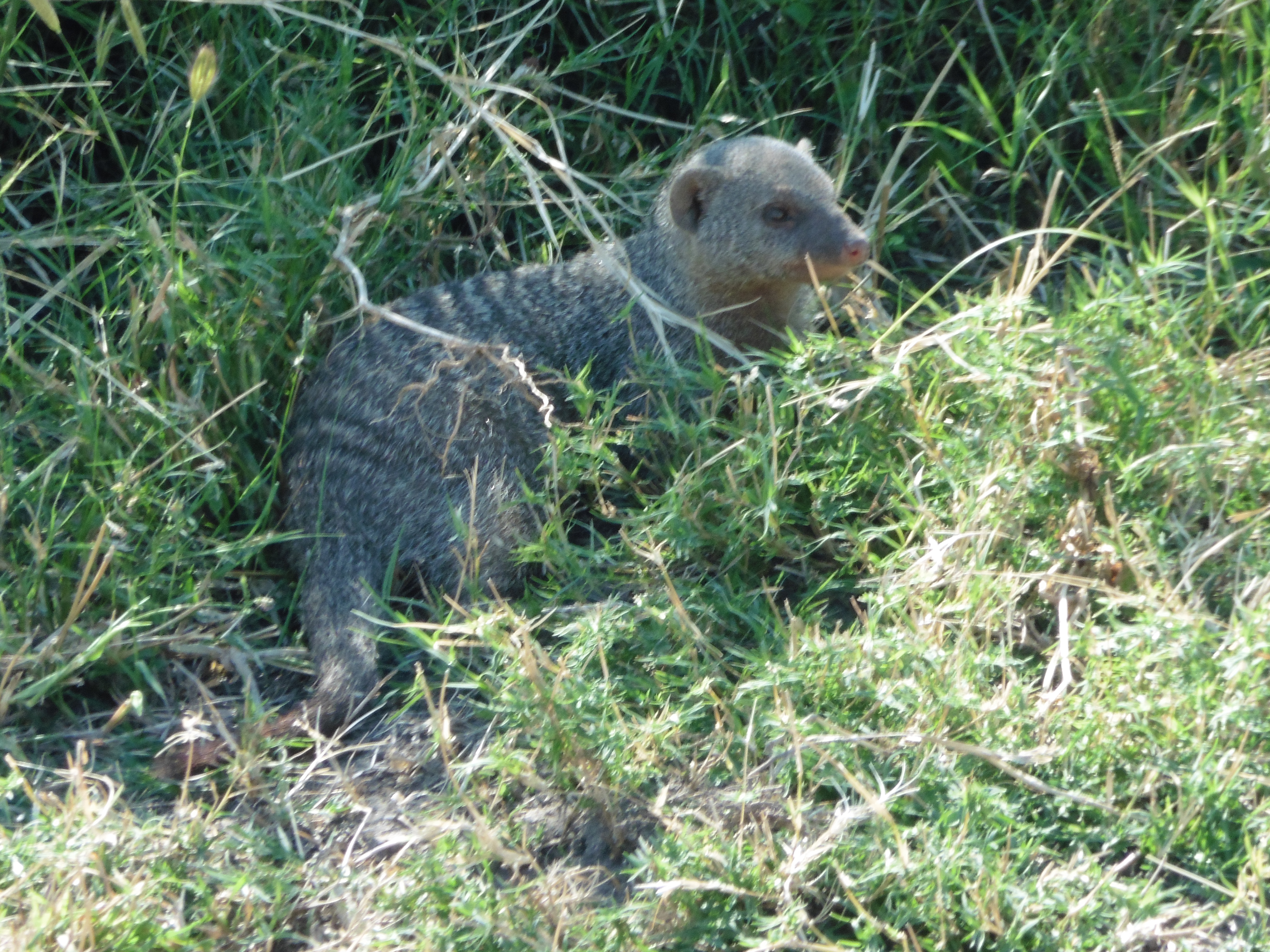 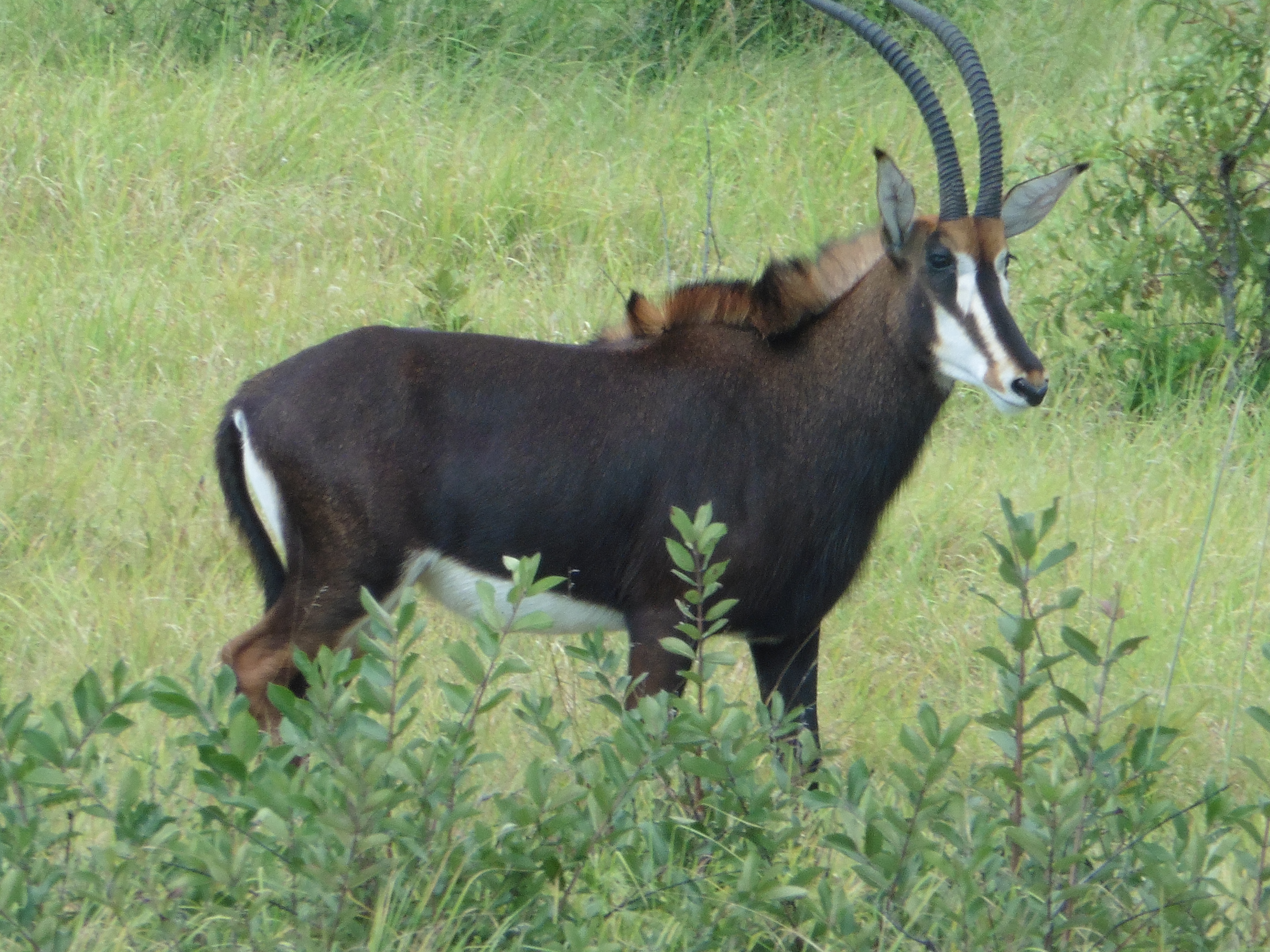 Our guides set up a beautiful picnic lunch for us in the park. After lunch, Six, one of our guides, talked with us about Botswana. Mining of diamonds is the number one industry and tourism is the second. 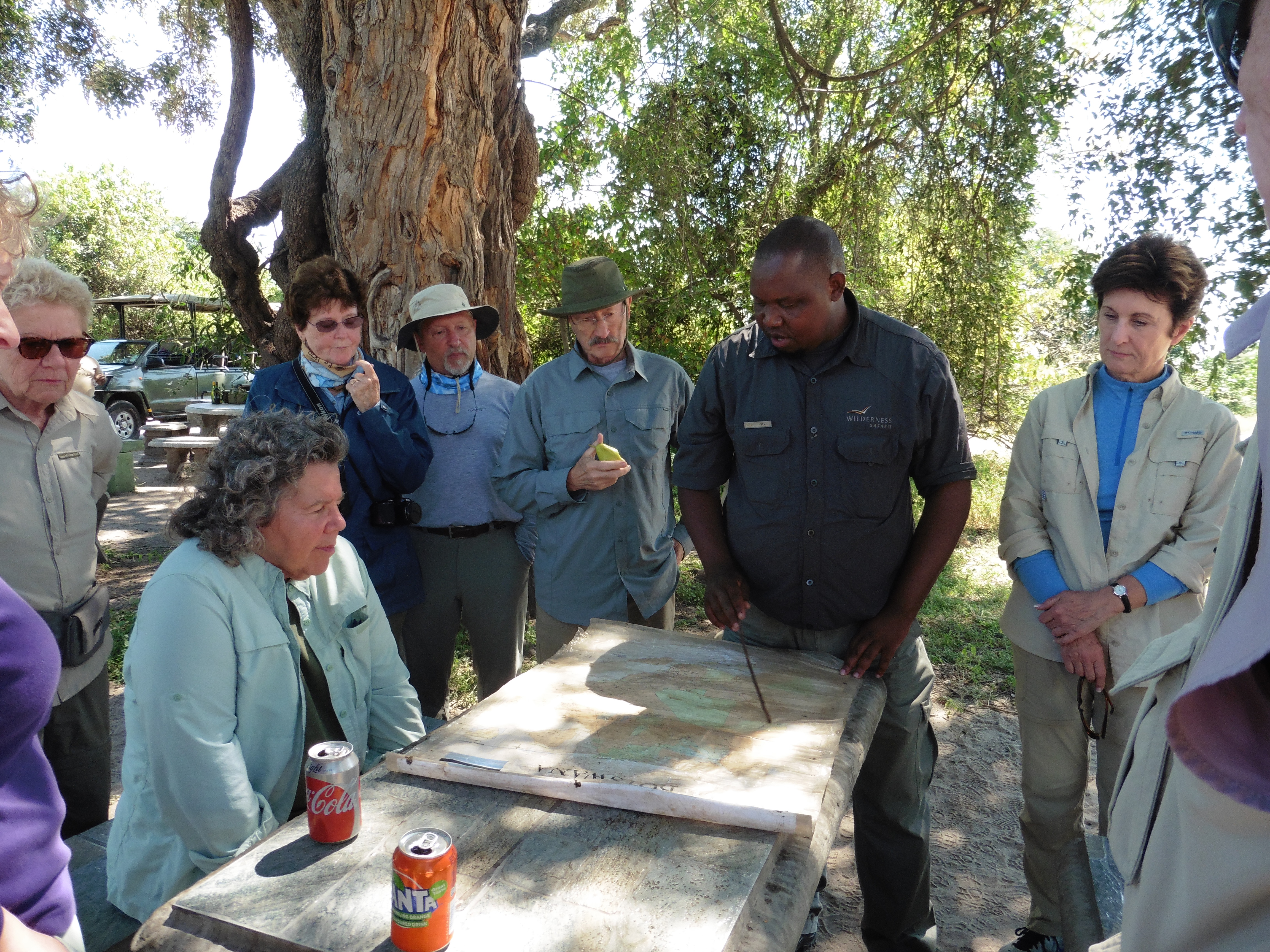 Even though I already had taken tons of pictures of elephants and giraffes, I couldn’t stop taking more when I saw them. 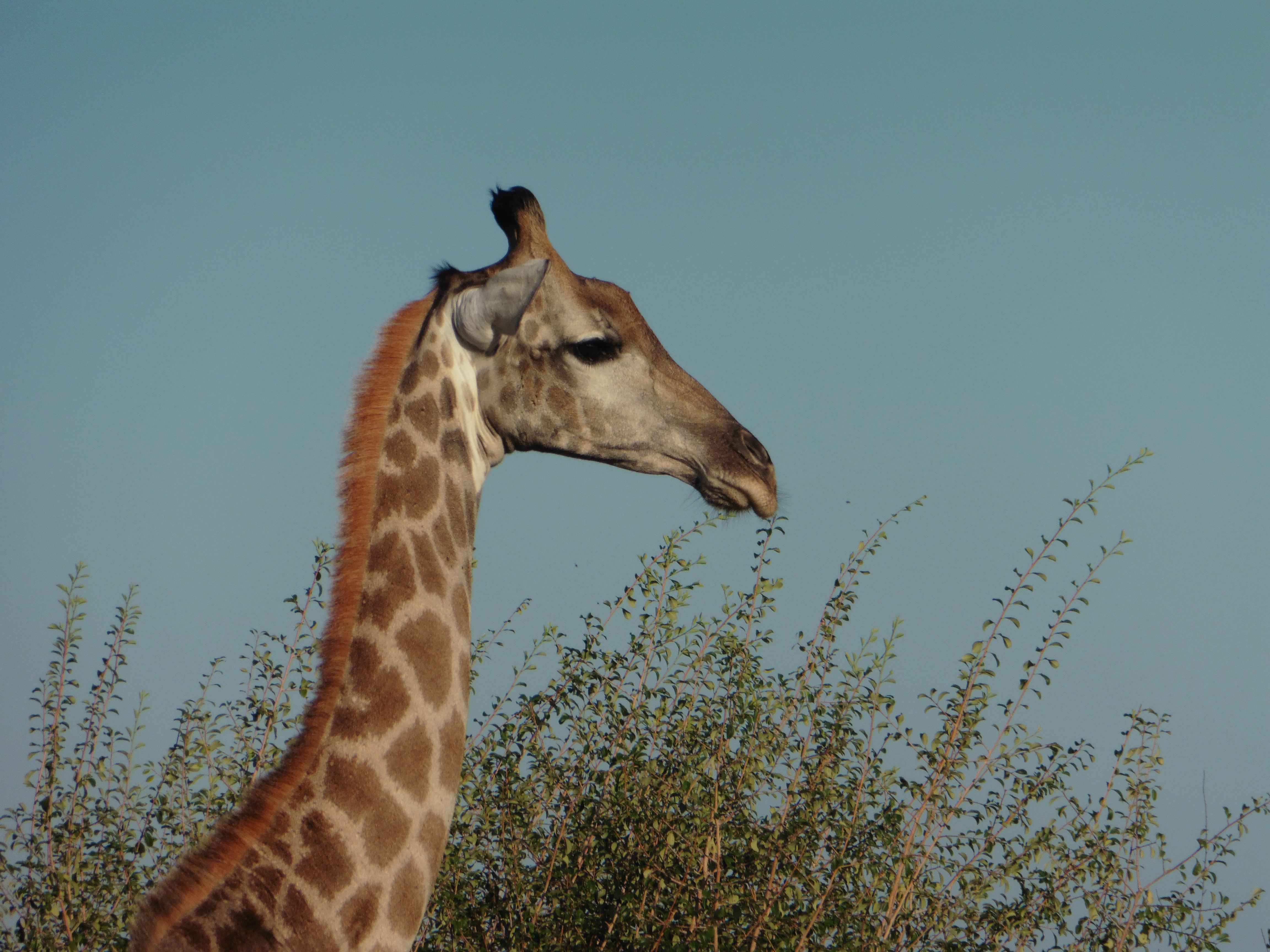 Relaxing on the deck of our tent before dinner, we were delighted to watch an elephant stroll by and stop for a snack. 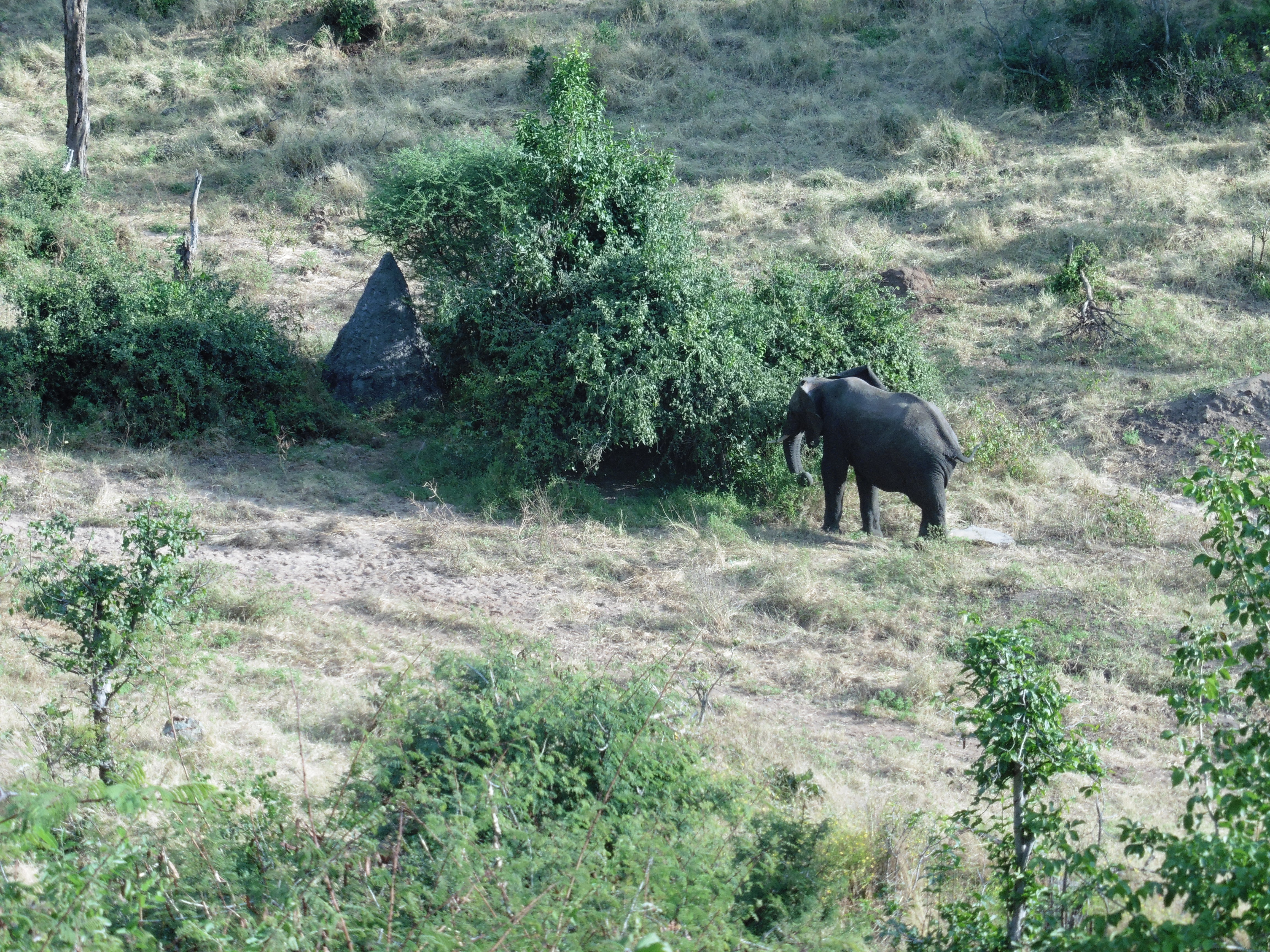 And then the elephants did a repeat of last night, but this time it was in the daylight and we could see what they were doing. It started with a parade of elephants along the flood plain below our tent. 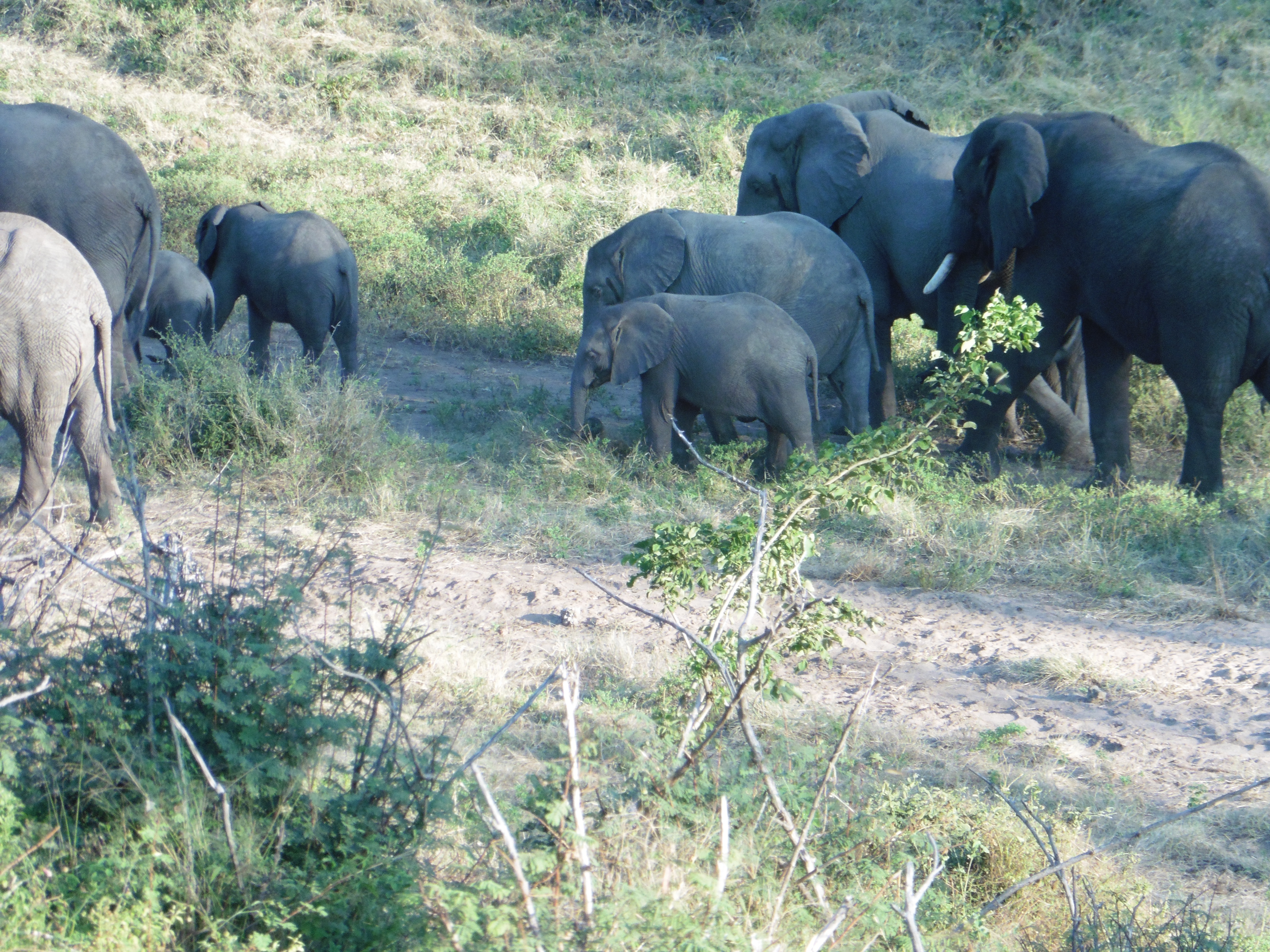 Then once again our tent was surrounded by elephants. It was exciting to watch the biggest elephant come up the hill beside our tent, push the sidewalk rope down with his trunk, and walk along the sidewalk and up the hill on the other side, pulling branches off trees and eating leaves. 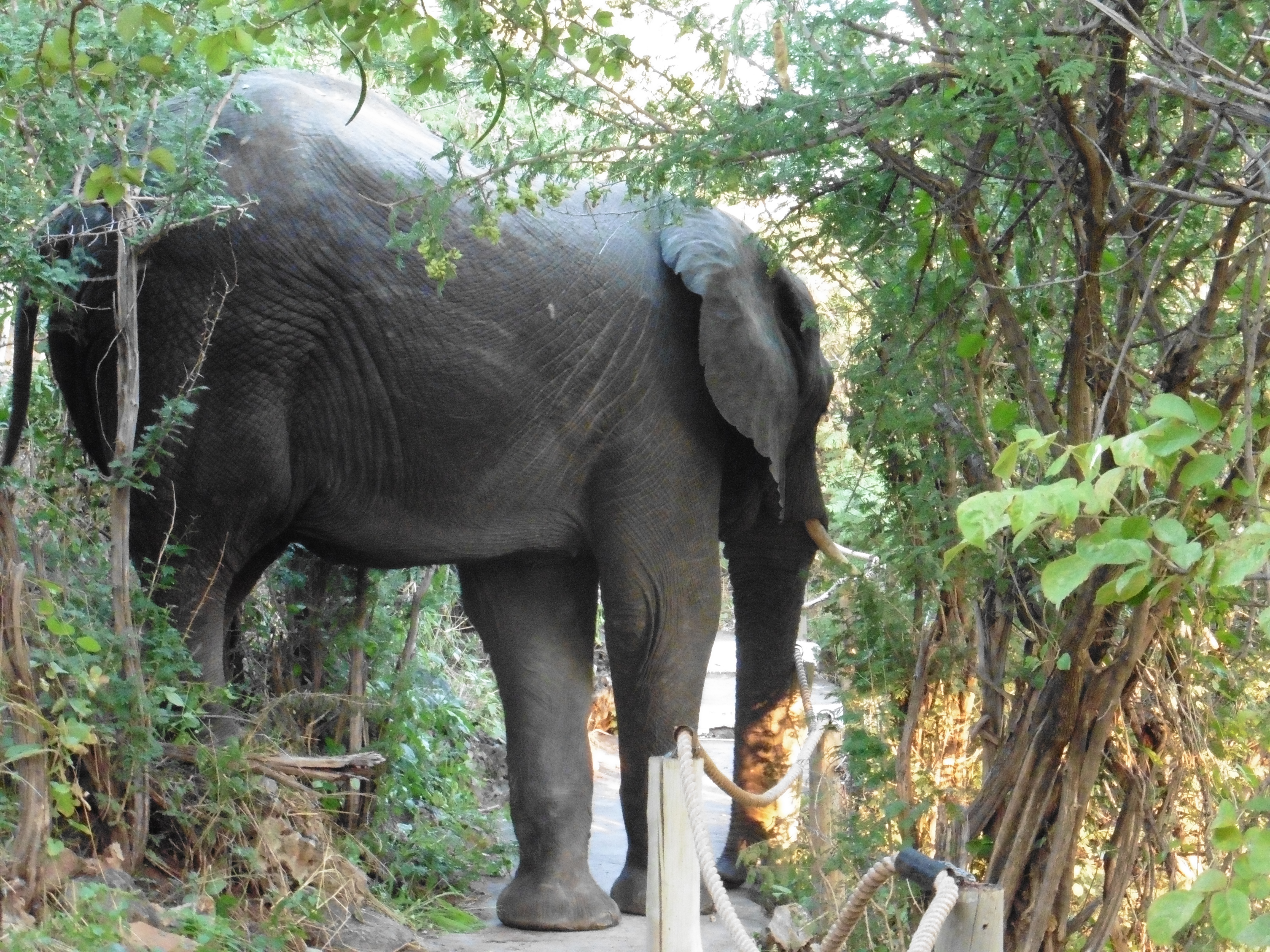 Our elephant visitor mesmerized us for at least an hour as we watched him outside our tent and ran inside when he got closer.

We ended our evening with a farewell dinner and cultural exchange. As we sat around the fire in the Boma, an African gathering space, the staff sang a lovely farewell song.

Baobab Camp has been especially fun because the camp overlooks the Chobe River flood plain. Animals frequently walk by our camp to and from the river. Sometimes it seems like the animals could overwhelm the people. I have so enjoyed the feeling of being surrounded by and peacefully co-existing with the animals. And the intriguing baobab tree, is part of our lovely view. 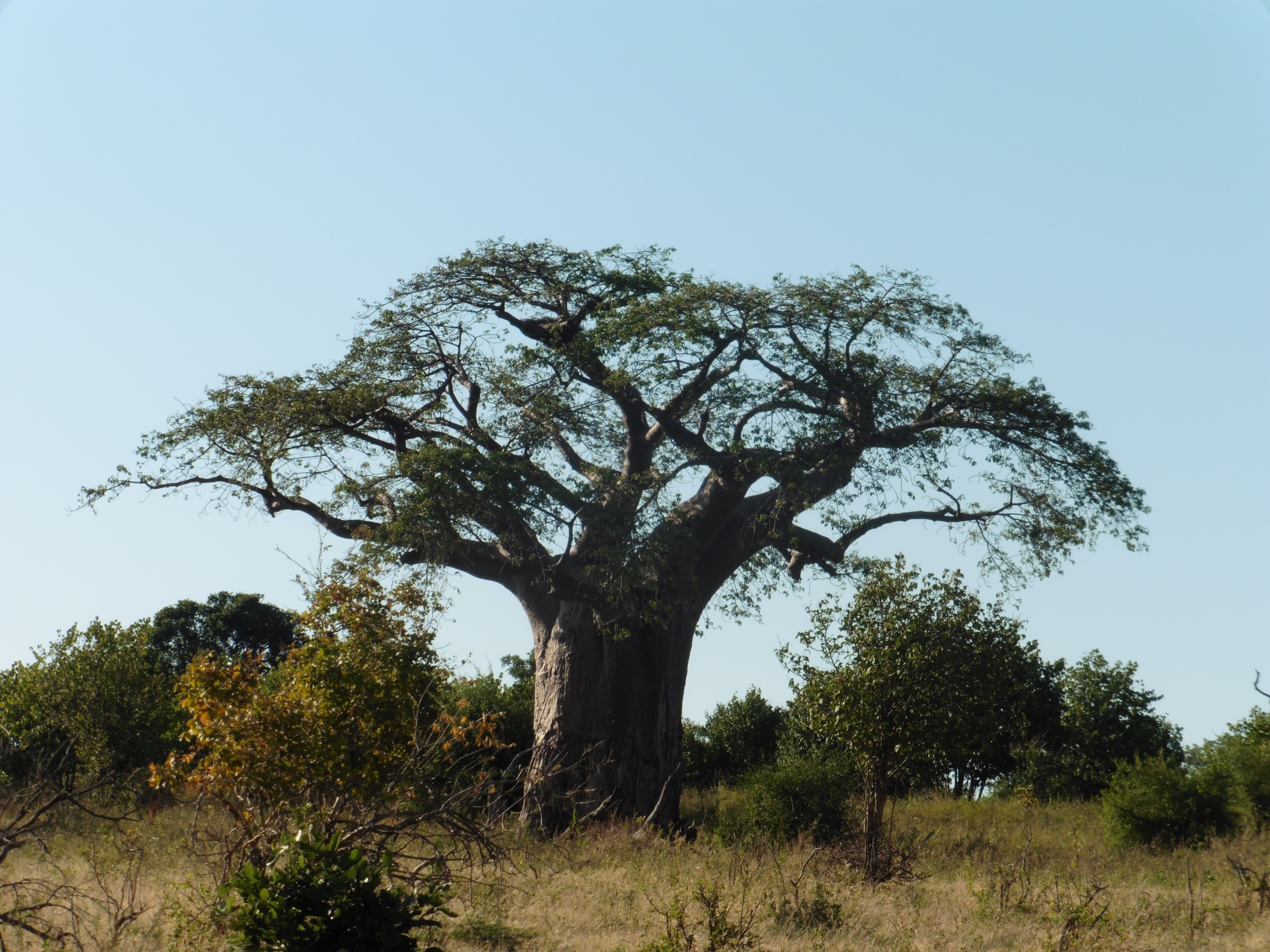